As much fun as we had in Paris, it was time to bid adieu. We boarded a plane on Saturday morning and arrived in Venice in the mid afternoon. From there, we boarded a water taxi toward Fondamente Nove. Our hotel was a short walk from the dock, but nonetheless, it was a daunting one with cobblestone roads and plenty of stairs to trek through. Sure enough, we made it to our hotel in one piece. 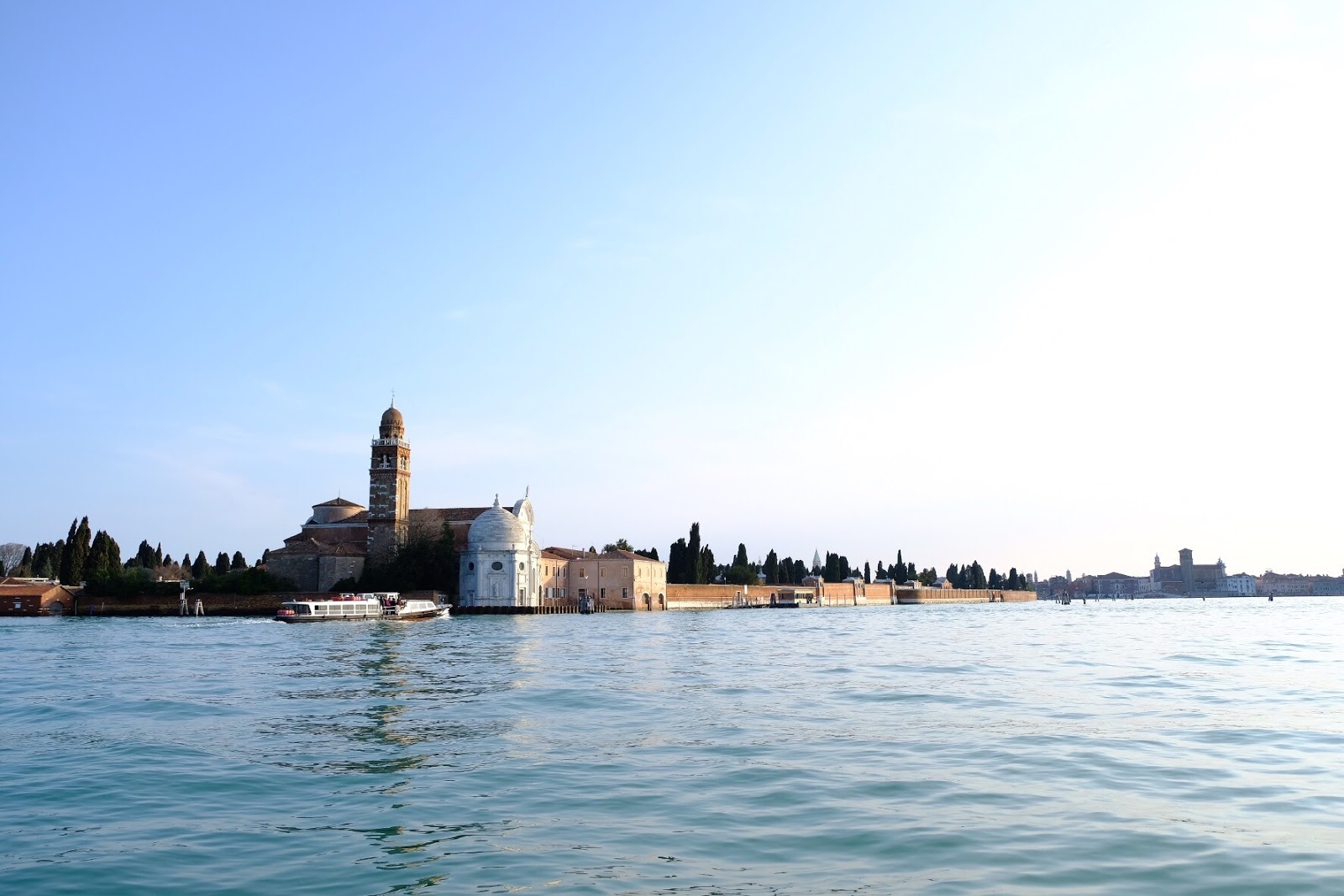 Riding the water bus over to Venice. 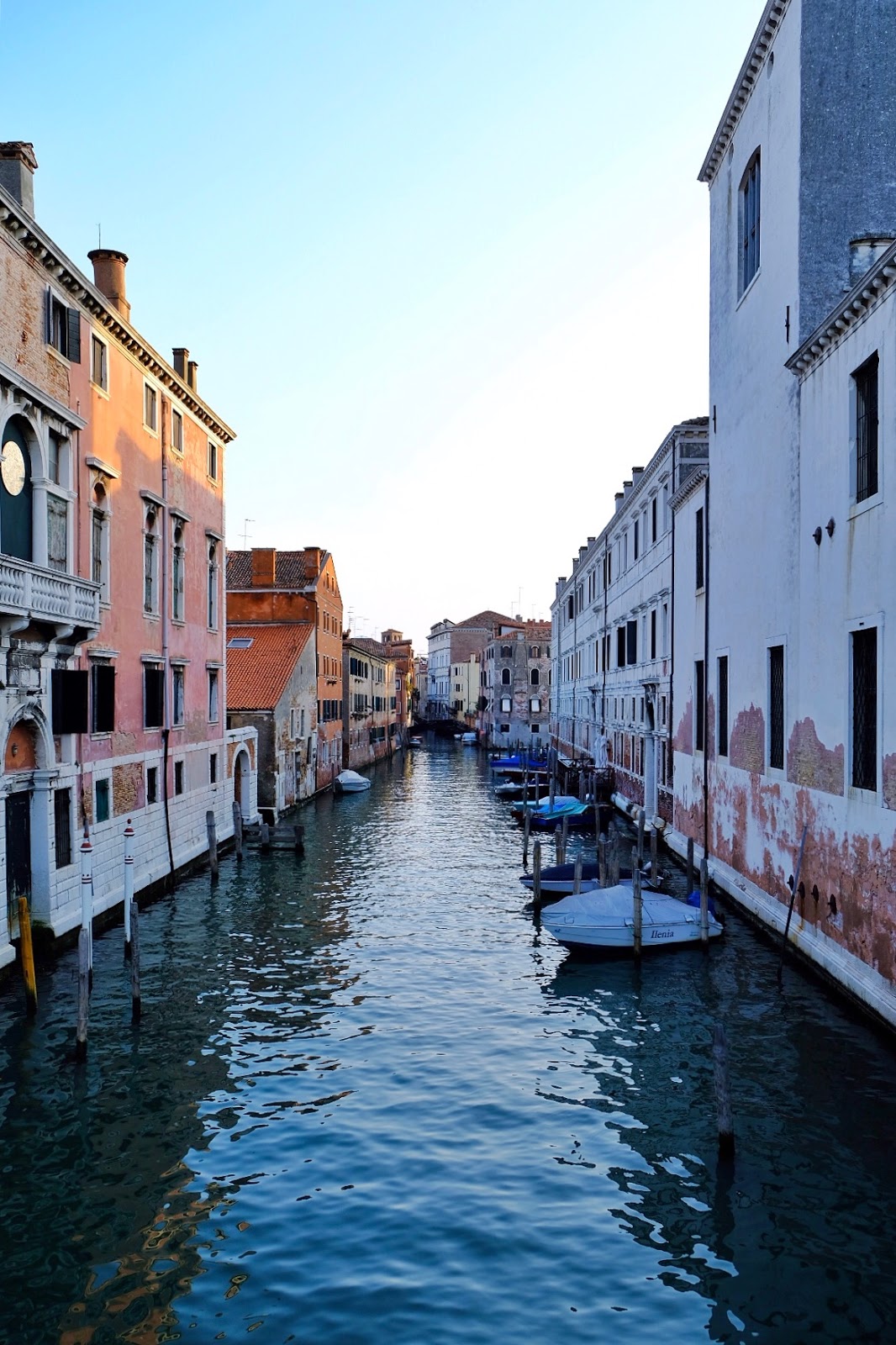 First glimpse on the island of Venice.

After non-intentionally fasting for the first half of the day, it was time to eat. After scrolling through a couple of my friend's recommendations and arriving to these busy restaurants, we were feeling pretty hungry and out of immediate options. Nearly giving up, we were ready to pick the first available option. My mom somehow came across Farini, a local (and from what we would later learn on a second visit...an undoubtably popular) pizzeria in Venice. We didn't know it at the time because we had come during an odd hour, but we'd soon find out the popularity the next day when we tried to come back!

On our first night there, we ordered an eggplant parmigiano, a house salad, and a couple slices of pizza. Wow. The pizza did not disappoint. The crust was crispy on the outside and soft on the inside. Everything was made to taste, and we were so impressed. It was the best pizza we had ever had in Italy...I mean it. We had pizza in different cities, but I will say it now that Venice had the best pizza in Italy. Seriously. If you're ever in Venice, go check it out and let me know what you think!

After dinner, we got some gelato at Grom and bought some cookies and sweets at a local shop before retreating back to our hotel. I would later from my friend that there was in fact, an even better gelato shop on the island. More about that in just a little bit.

Pending my brother's arrival to Venice, my parents decided to stay back at the hotel and wait from him. I ended up heading out with a friend to explore the city. We walked around the city where we'd share stories and stop by some popular attractions in Venice. I'm pretty sure I walked across the Rialto Bridge at least half a dozen times that night, which I think is hilarious. I loved seeing St. Mark's Square (Piazza San Marco) with no tourists. It was really peaceful and calm. Overall, an evening walk around the city was a nice way to spend Saturday evening.

We got up early to head over to St. Mark's Square (Piazza San Marco) for Palm Sunday. After spending much of the morning there, we headed back to Farini for lunch. The line was literally out of the door. We somehow managed to grab a table, which was nothing short of a pizza miracle. 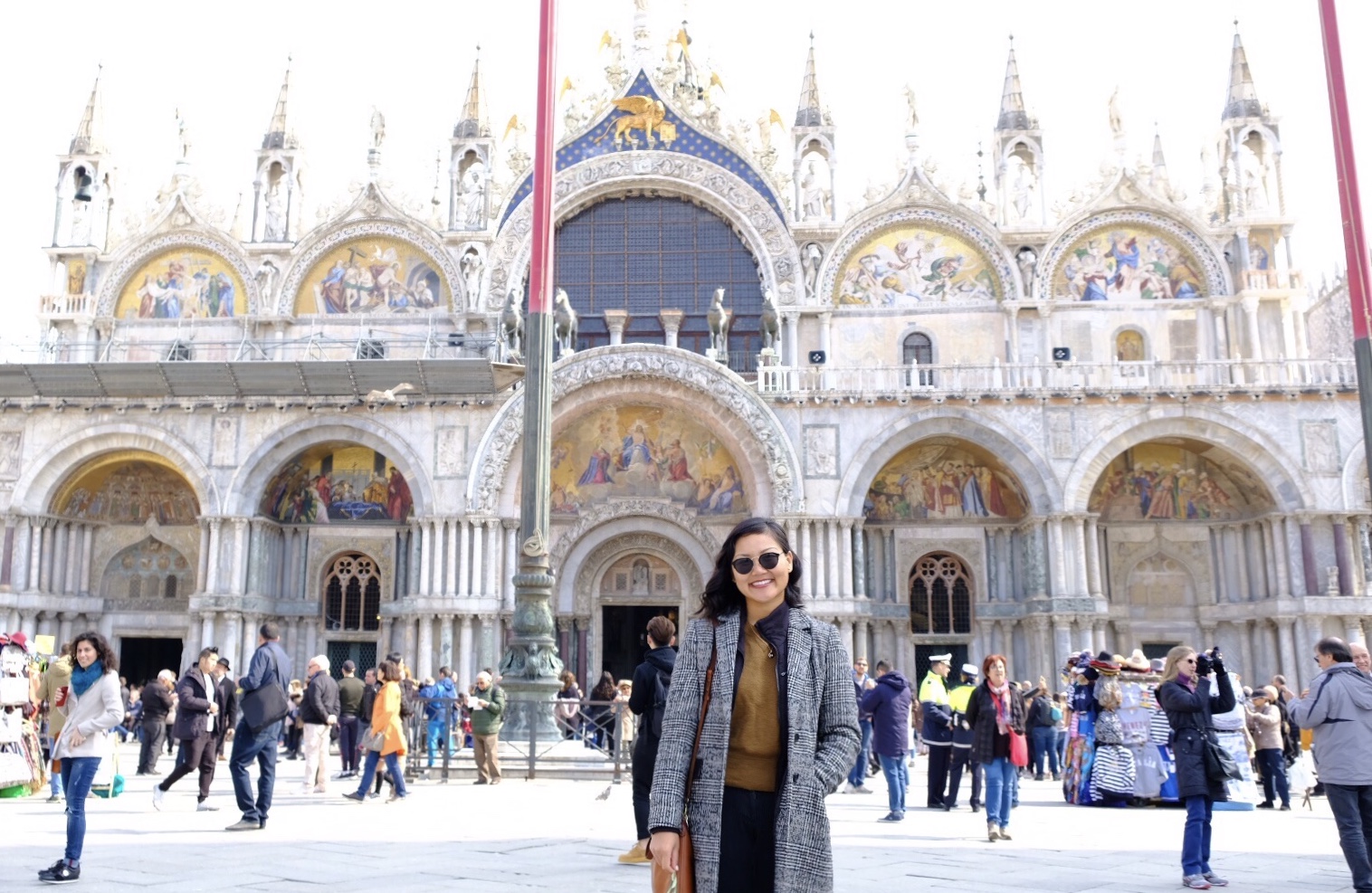 Following lunch, we grabbed some candy at a local shop. They had the best cappuccino chocolate covered almonds I've ever had. No other candy on the island compares! With our hands fully loaded with sweets, we were well on our way to visit the giant hands sculpture on the Venice Grand Canal. It was so surreal to see Lorenzo Quinn's artwork in person. For those of you not familiar with the piece, it is a giant white sculpture of hands rising out from the Venice Grand Canal. The artwork was created to illustrate effects of climate change. 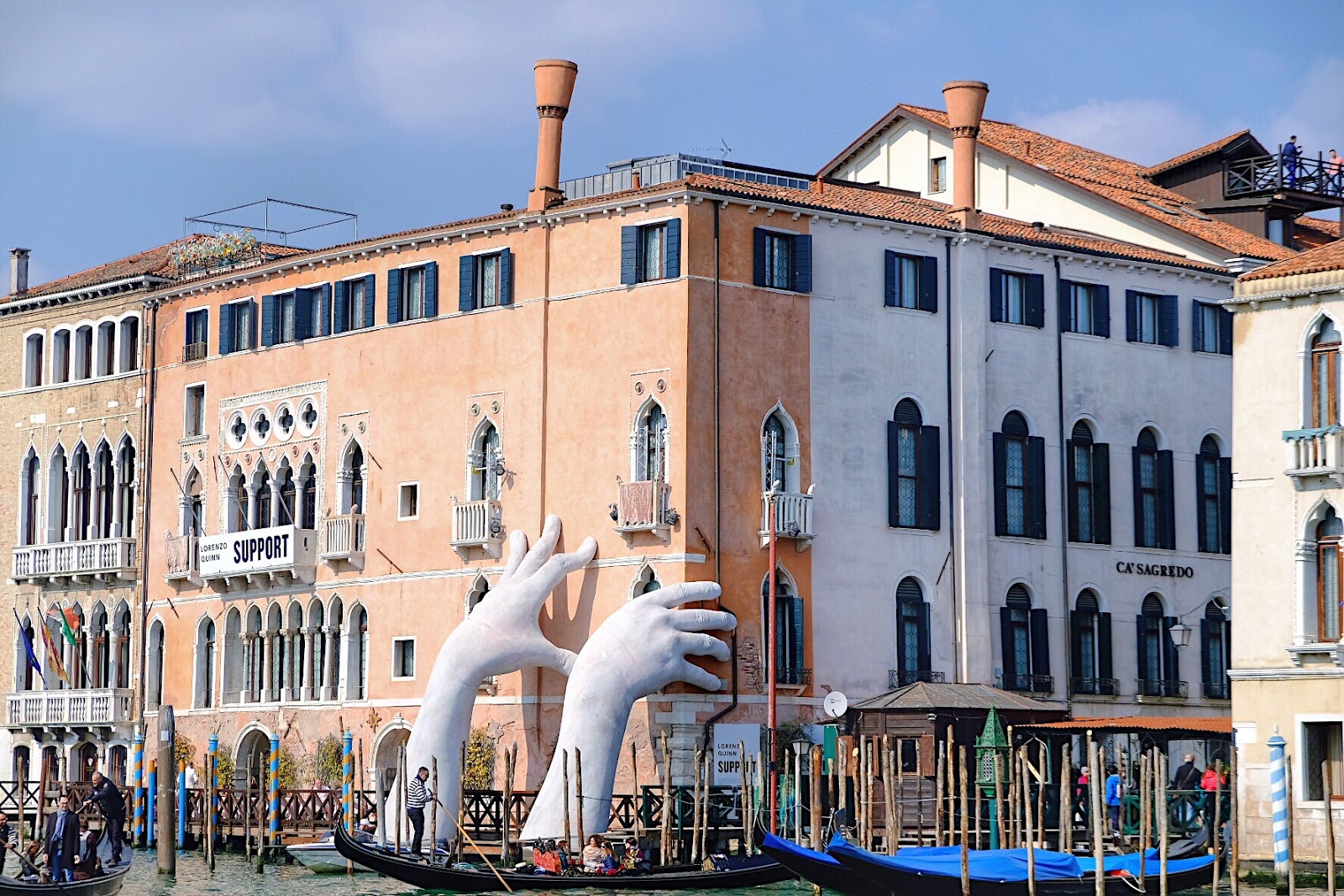 As somebody who was highly involved in the UNEP and UNDP committees when I was in the Model United Nations program in high school, this is a really important piece of artwork for me. For three years, I had studied and represented different countries in regards to climate change. I'll spare you the details, but I do believe that climate change and global warming is very real. 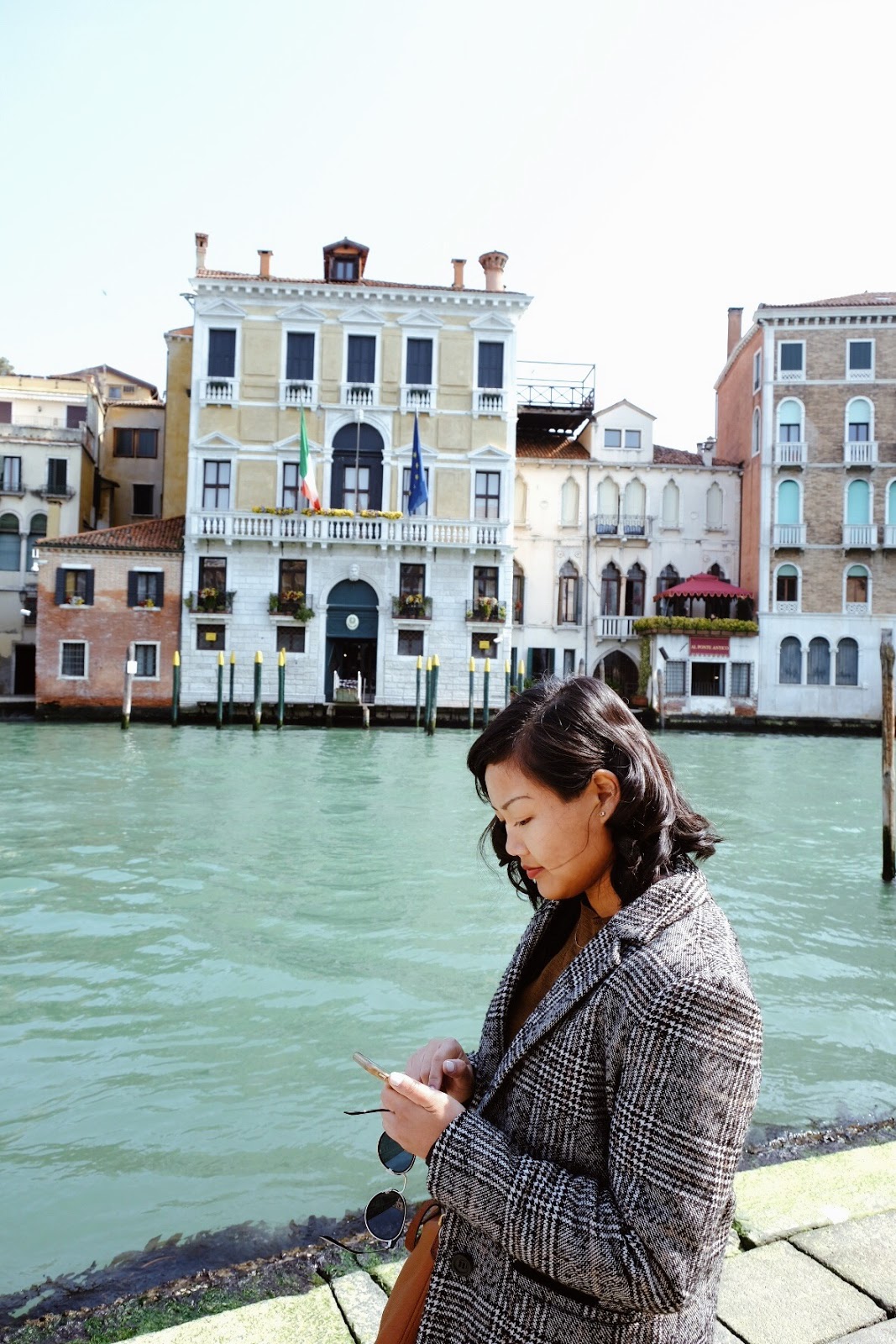 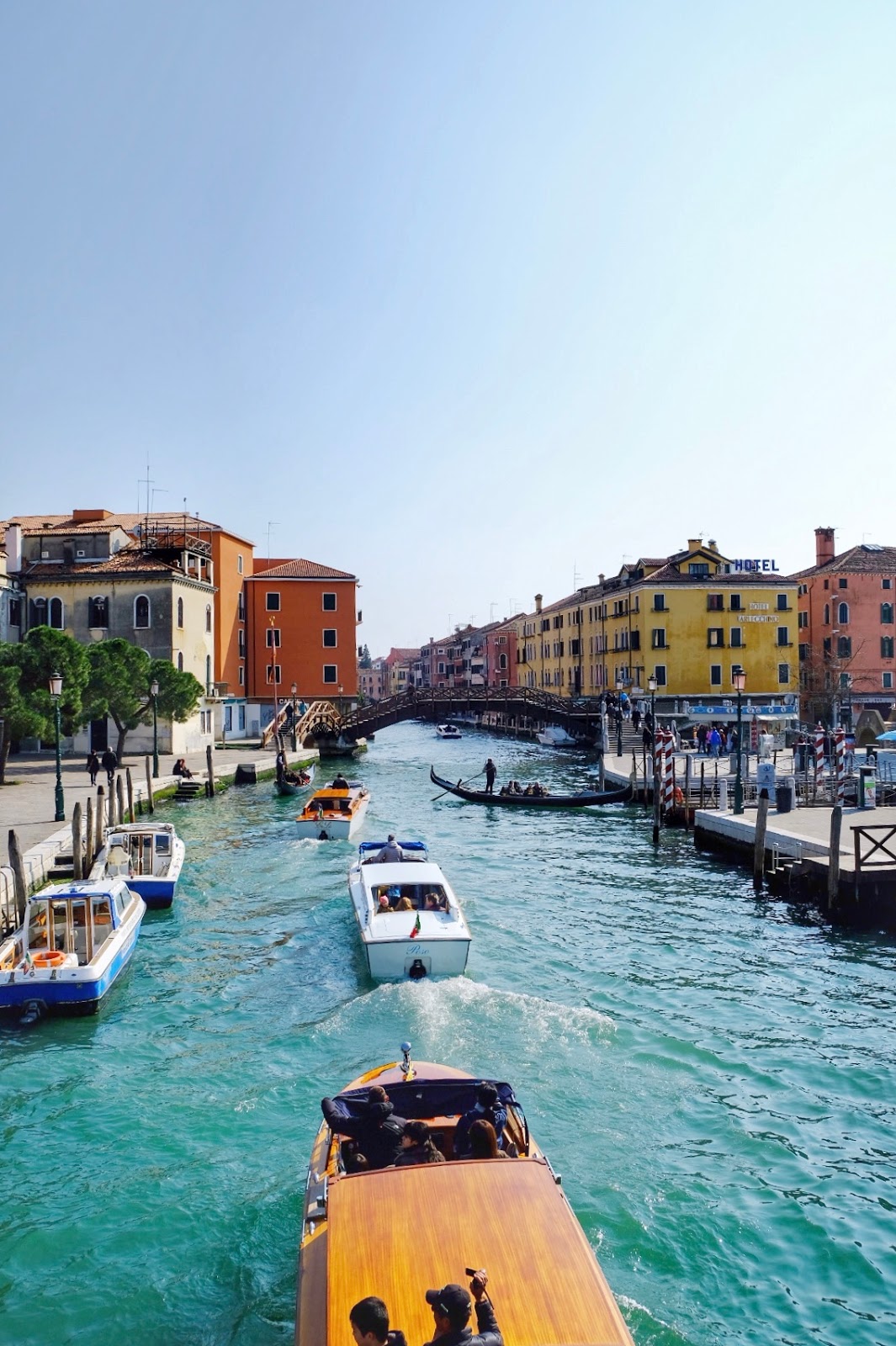 After spending much of our day on the main island, it was time to go explore Burano. We took a 40-minute water bus to the nearby island where we were met by a colorful array of homes and miniature canals. That was probably the highlight of Venice for me. We saw a leaning bell tower on the island, which at first I couldn't believe until my mom and brother confirmed it. Of course, everyone else on my Instagram poll seemed to think so as well. Thanks to everyone who voted! 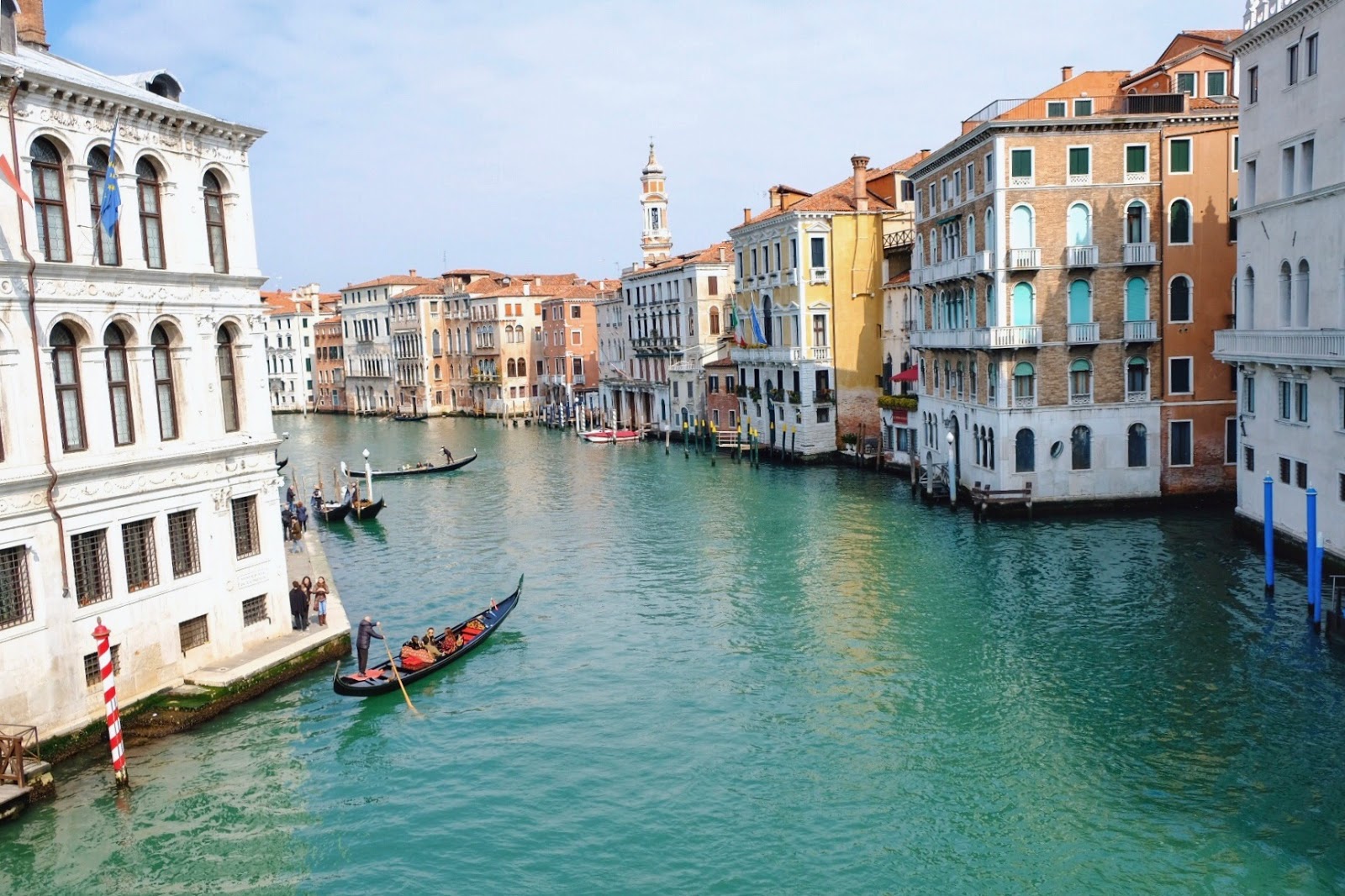 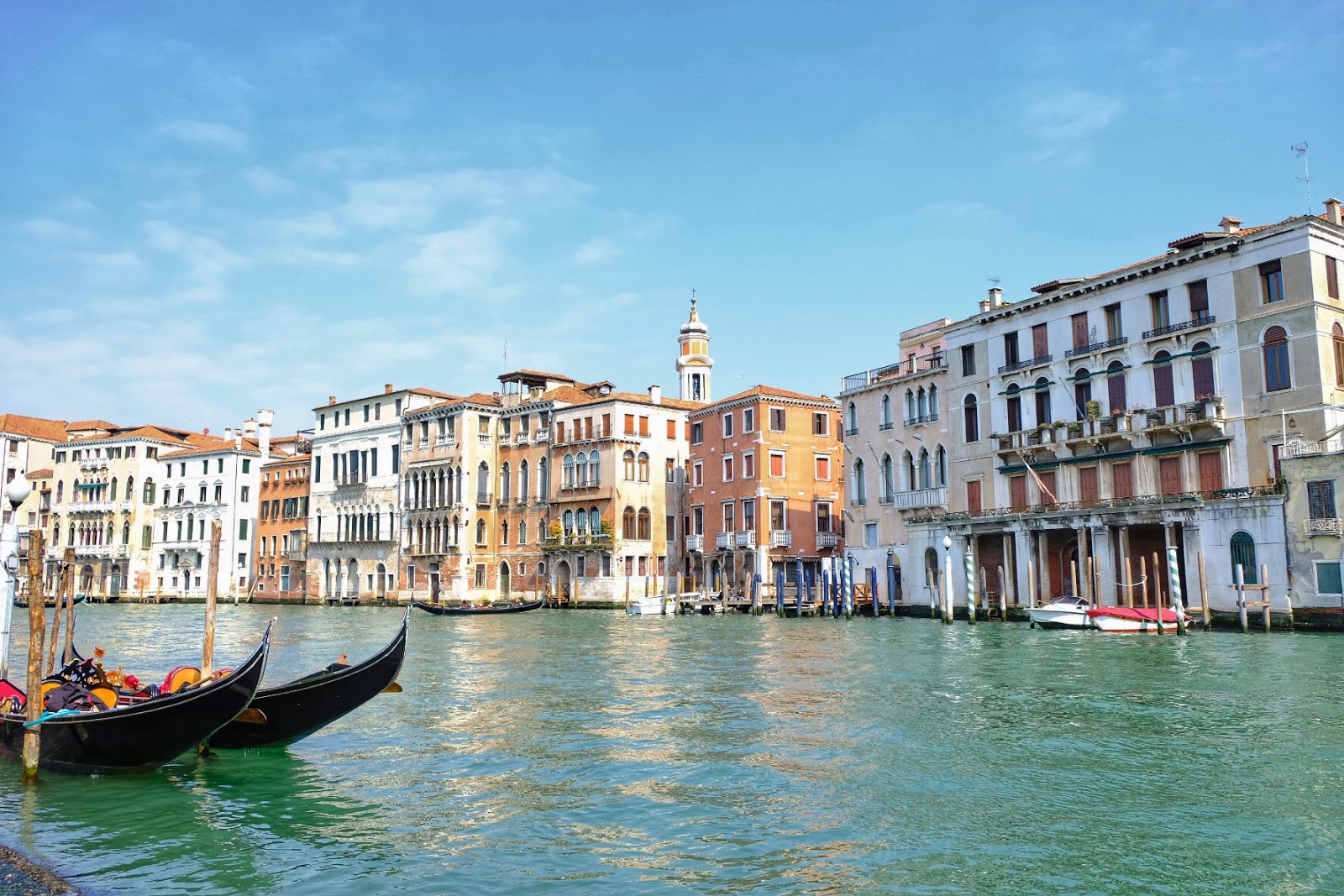 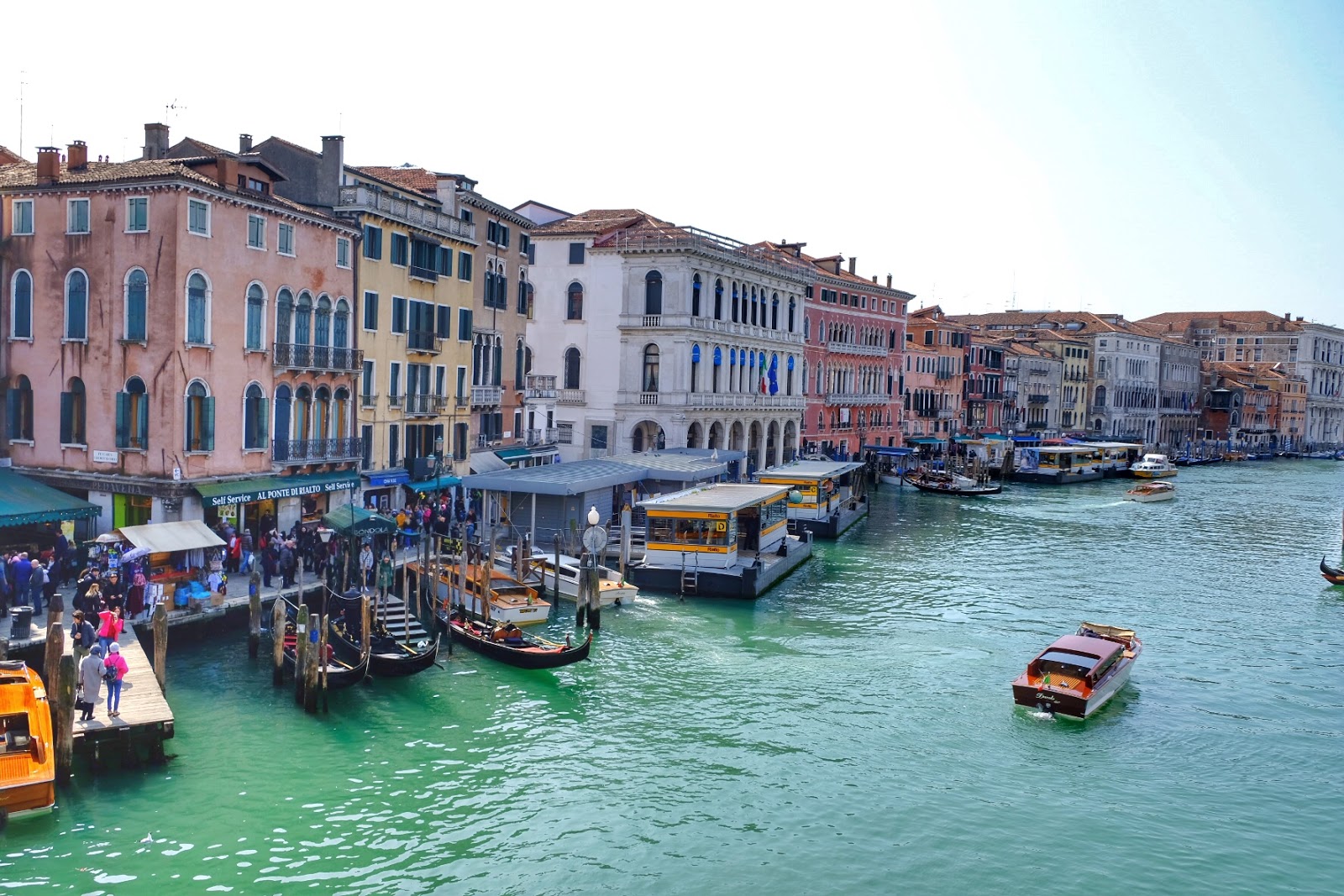 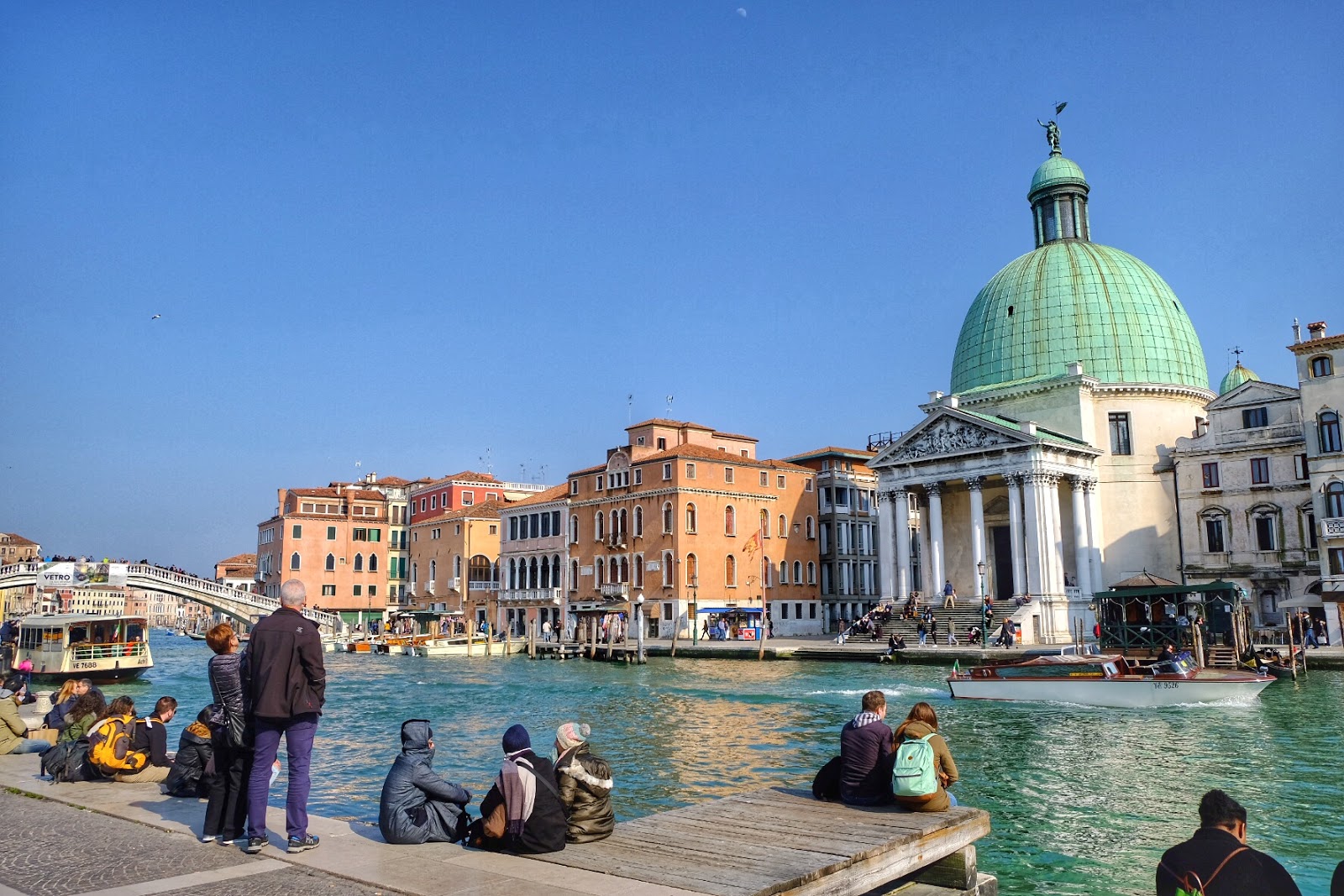 Since the island was quite small, we stayed there for a little over an hour until sunset. There on the water bus back to Venice, I had witnessed one of the most beautiful European sunsets that I had ever seen. It was a mental tug of war whether Cabo da Roca in Portugal or whether Venice had the best sunset. To me, it's like comparing apples to oranges. They're both winners in my eyes. The Venice sunset reflected upon the water which made it turn this beautiful coral color that I'll never forget. Augh, I love Venice. 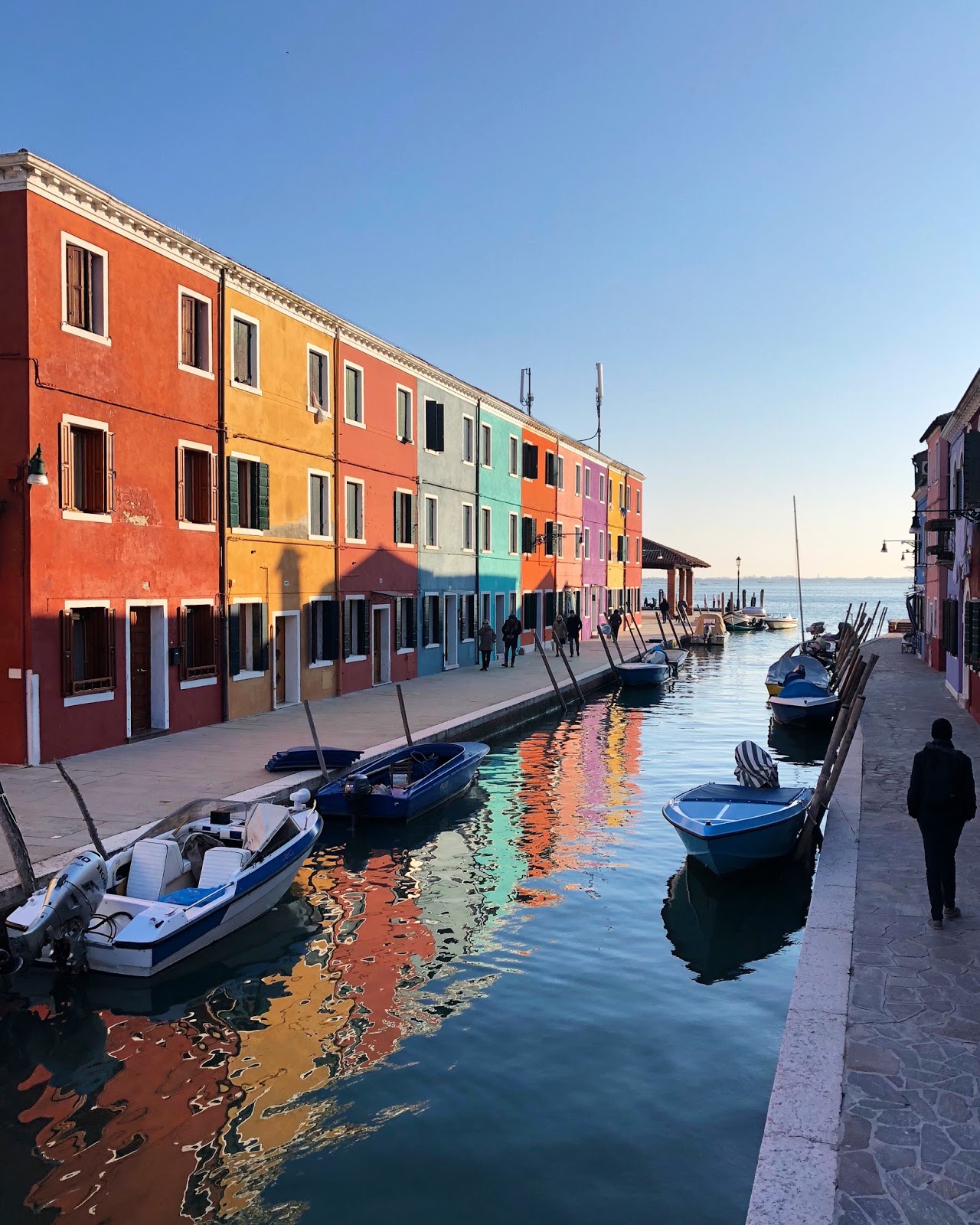 For dinner, we went to Ae Do Spade where we dined on calamari, prawn spaghetti, and clam spaghetti. The prawn spaghetti was a family favorite. Probably my favorite spaghetti in Italy. Afterwards, we headed to Suso for gelato. Wow. Their "Manet" gelato comprised of pistachio al sale and gianduia was so creamy and amazing. My family really enjoyed dinner and dessert on this night. Special thanks to my friend, Nicola, for sending me all of these amazing recommendations! 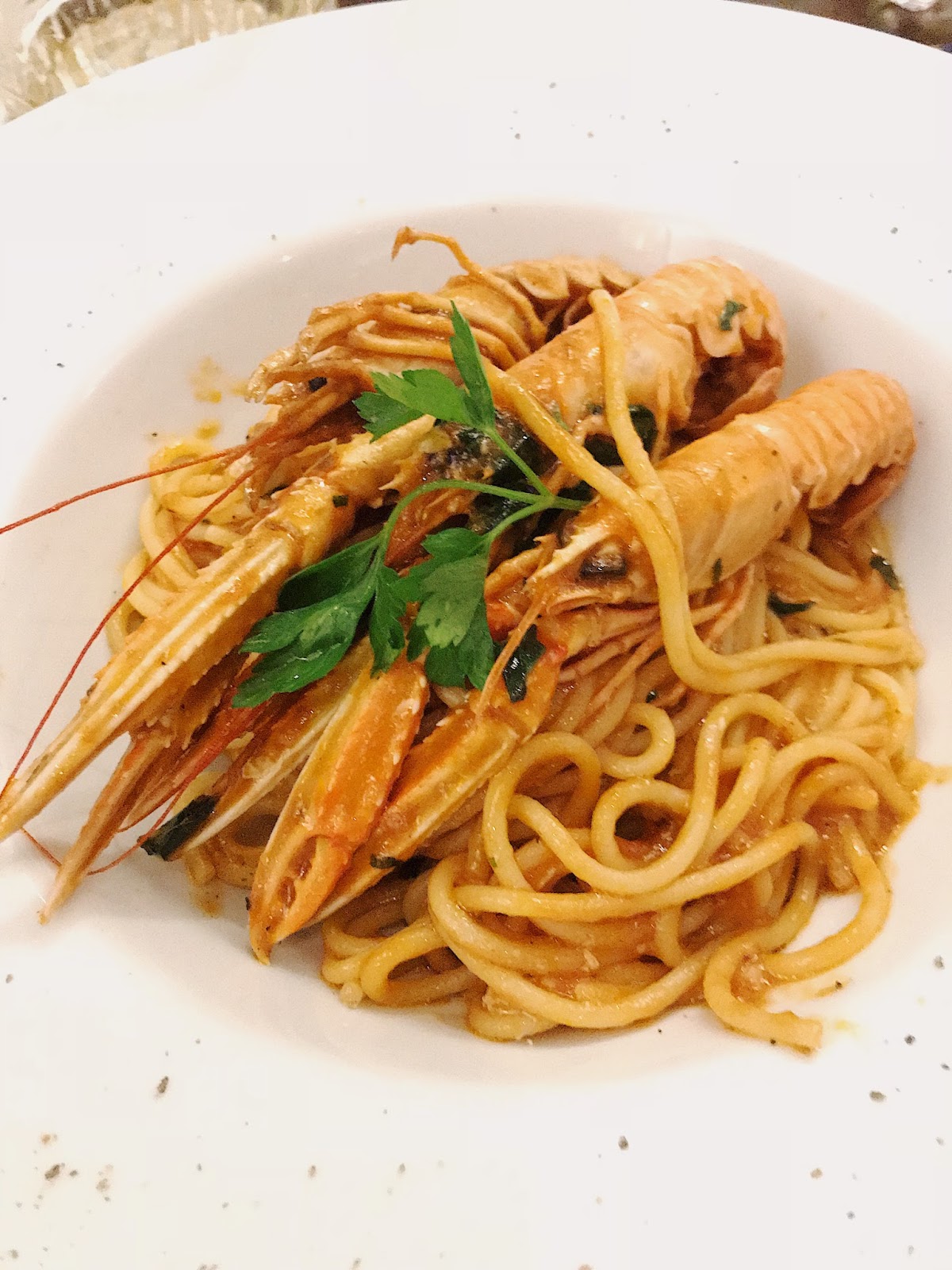 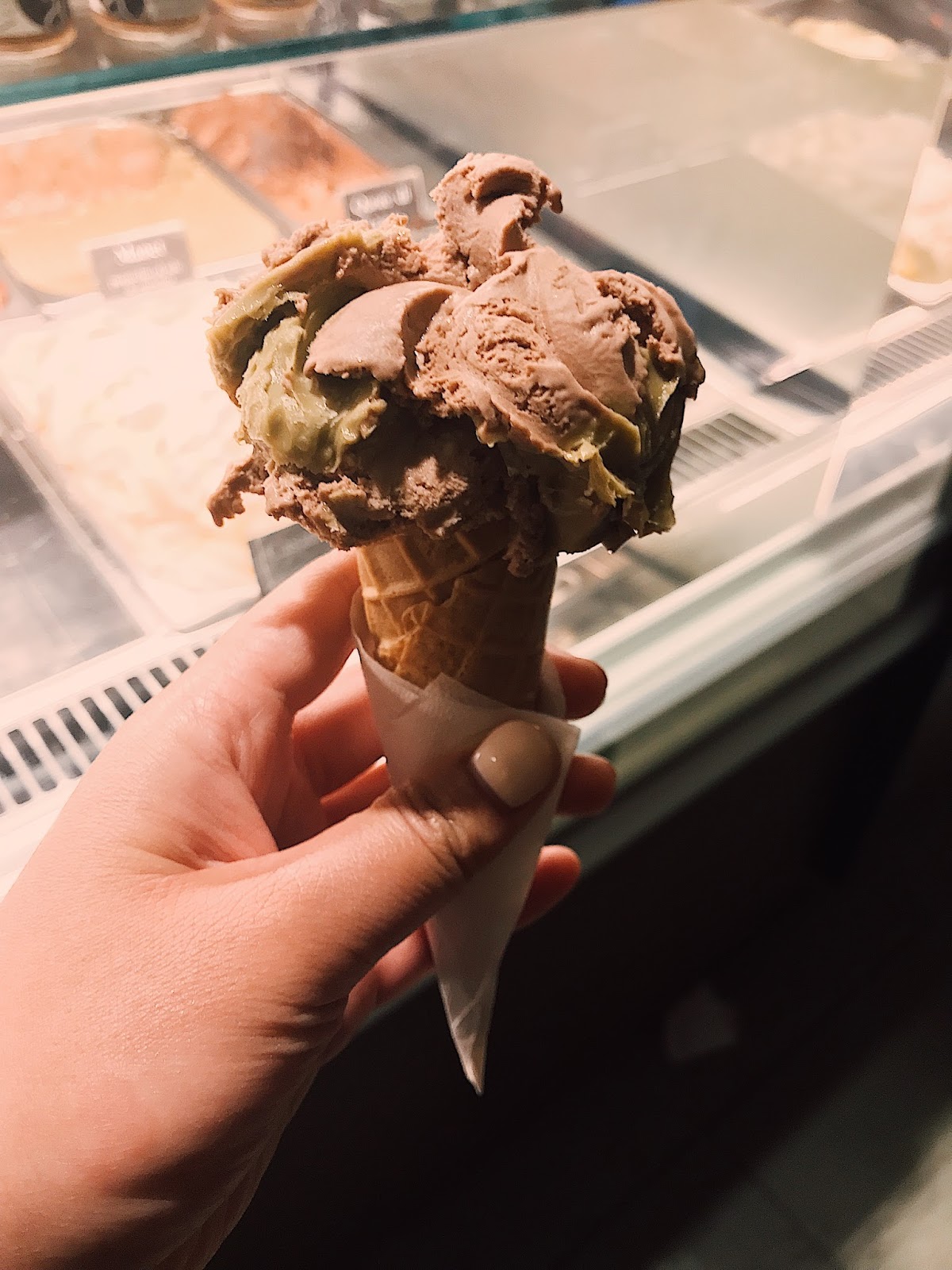 Overall, Venice was a beautiful and amazing experience. I loved traveling through the narrow yet colorful streets. Not to spoil the rest of the upcoming blog posts, but I think that Venice is by far my favorite city in Italy. No other location compares to the uniqueness of the architecture and the pedestrian friendly streets. I will absolutely come back one day. 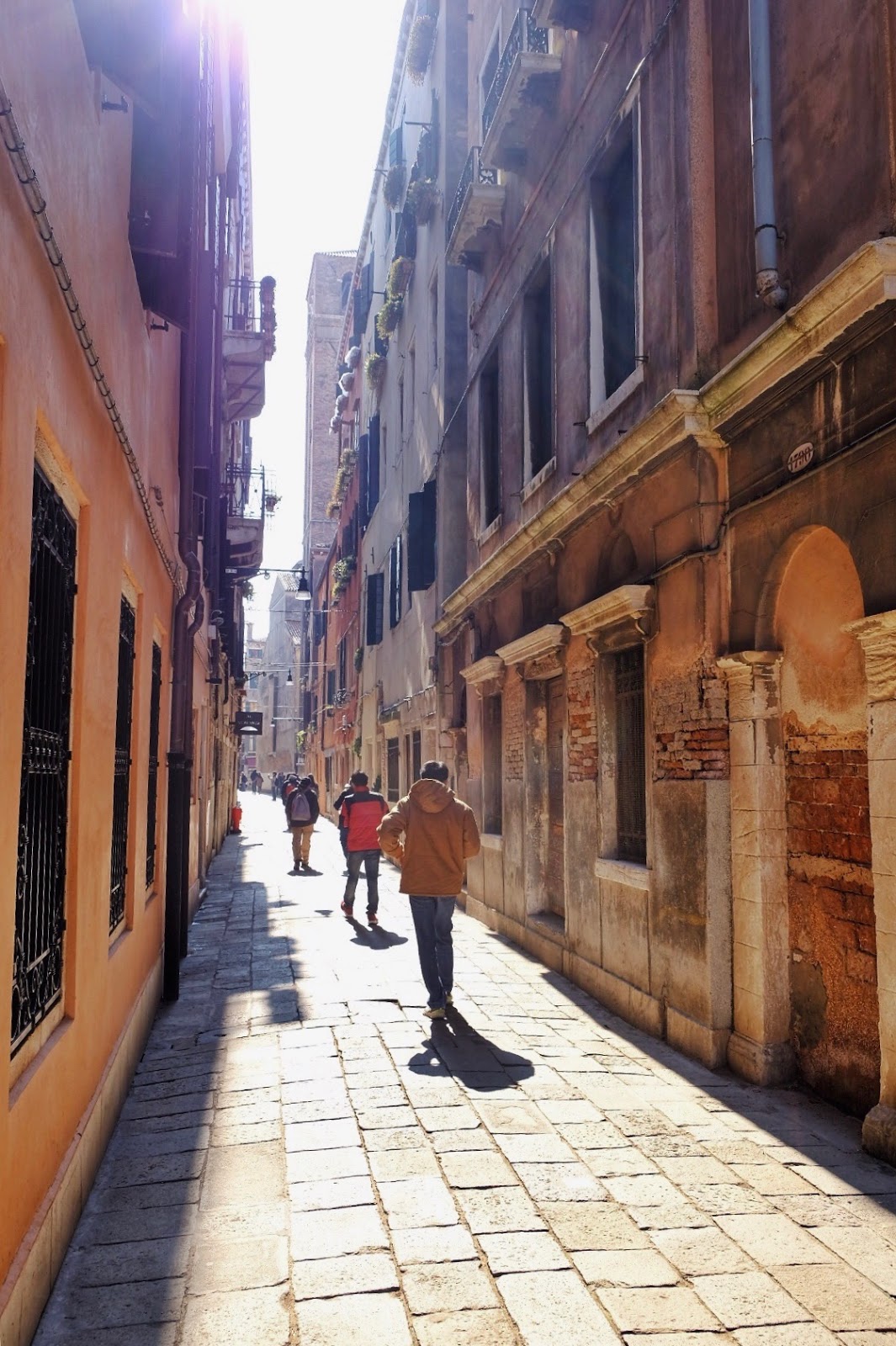 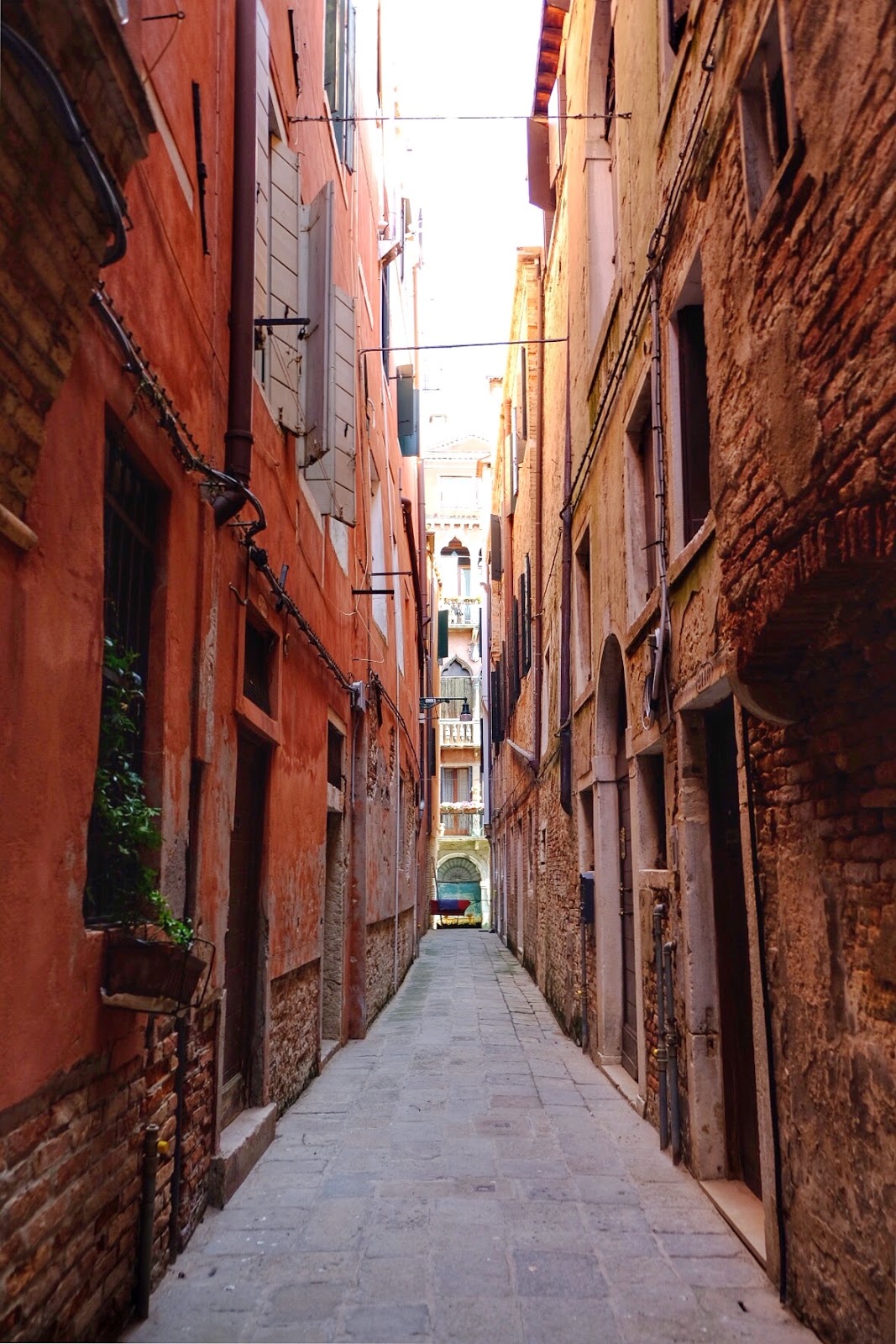 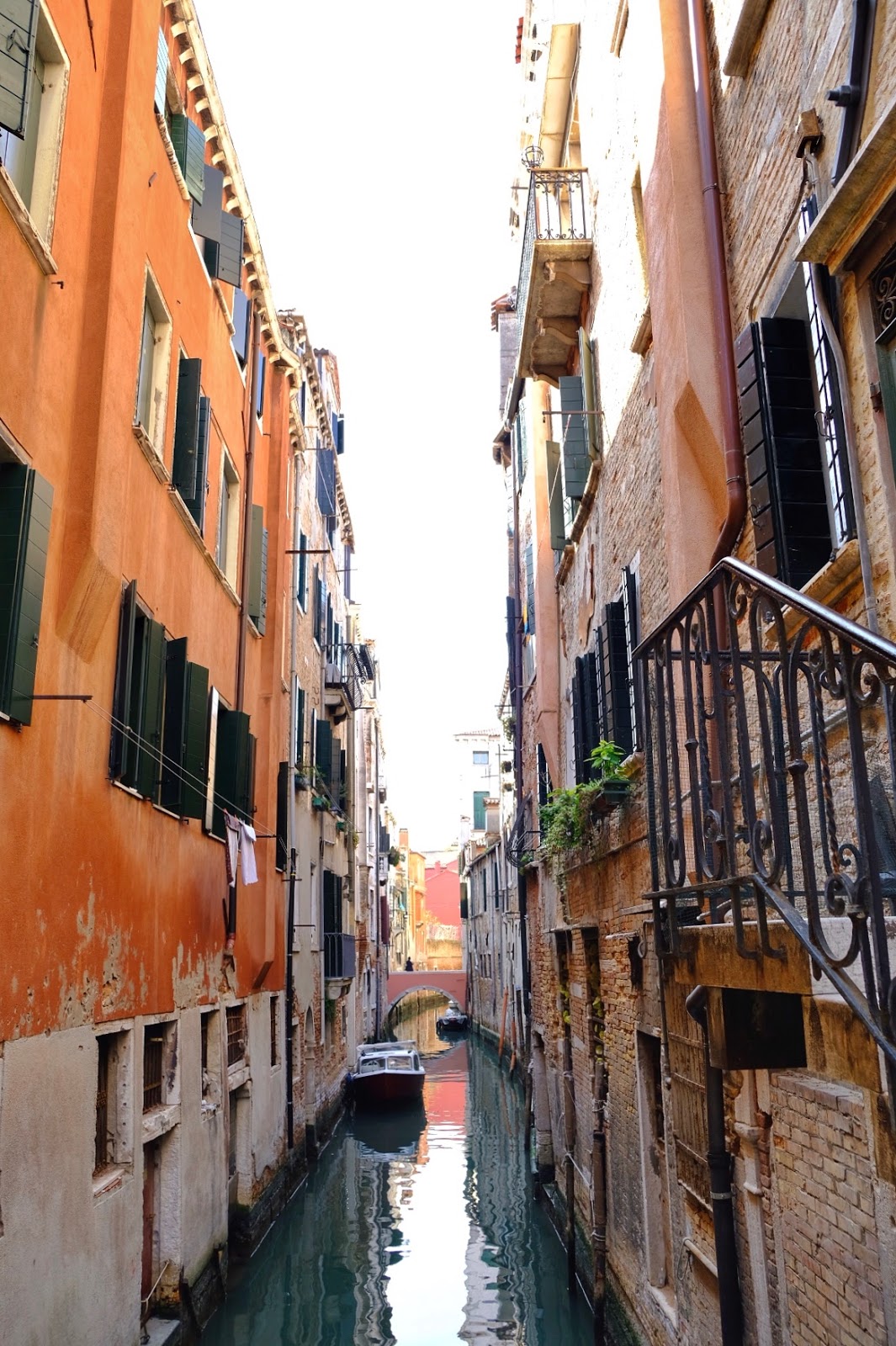 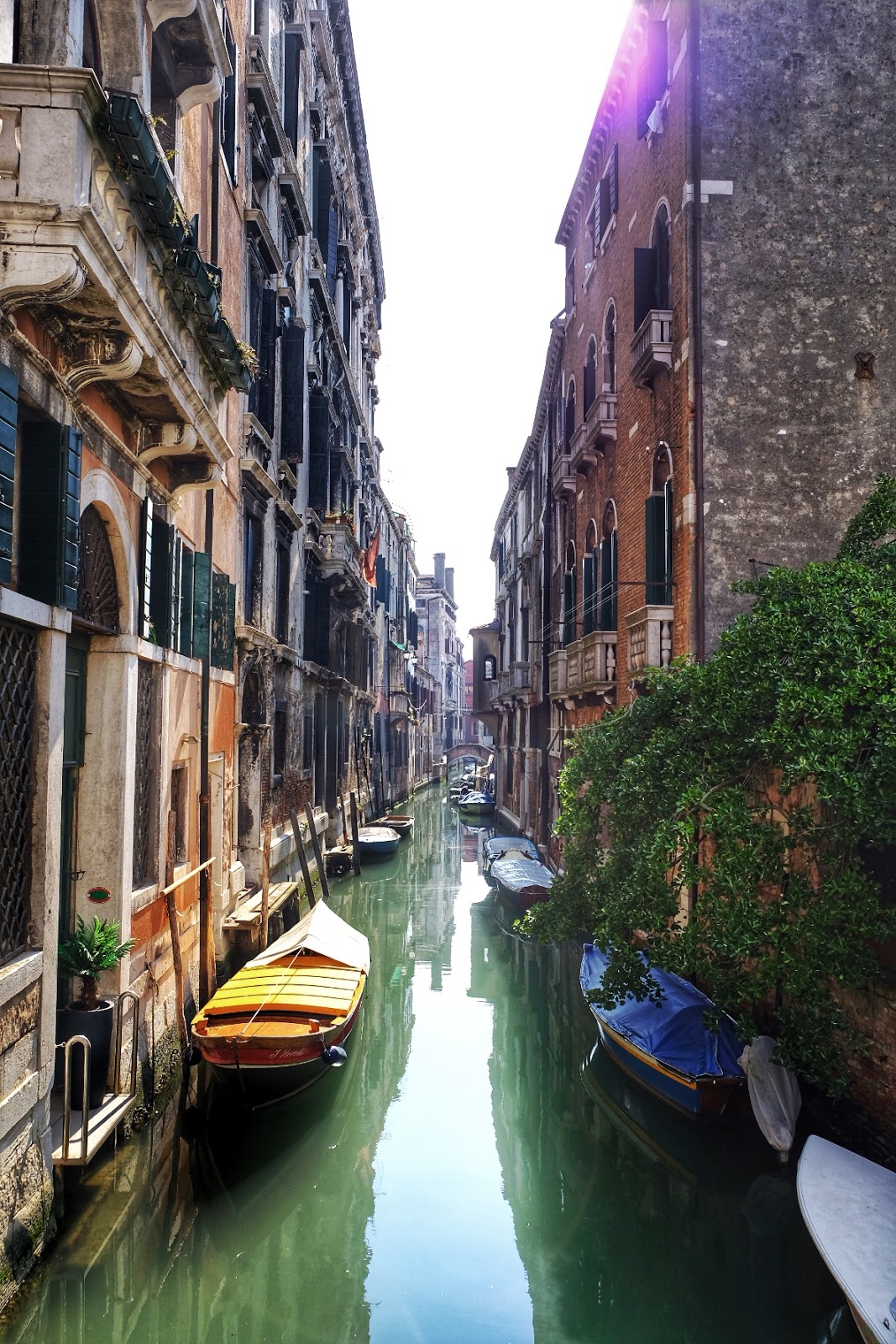 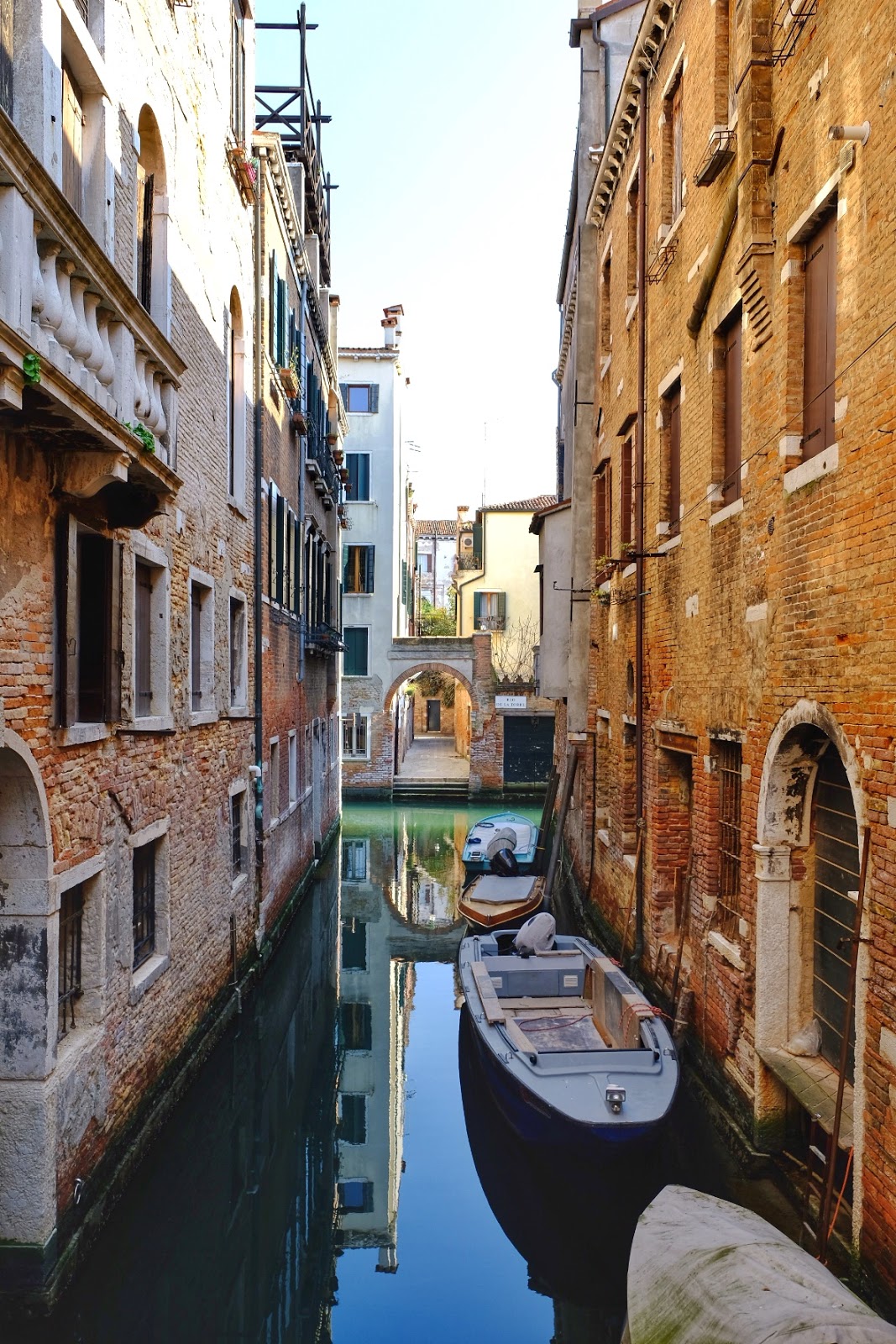 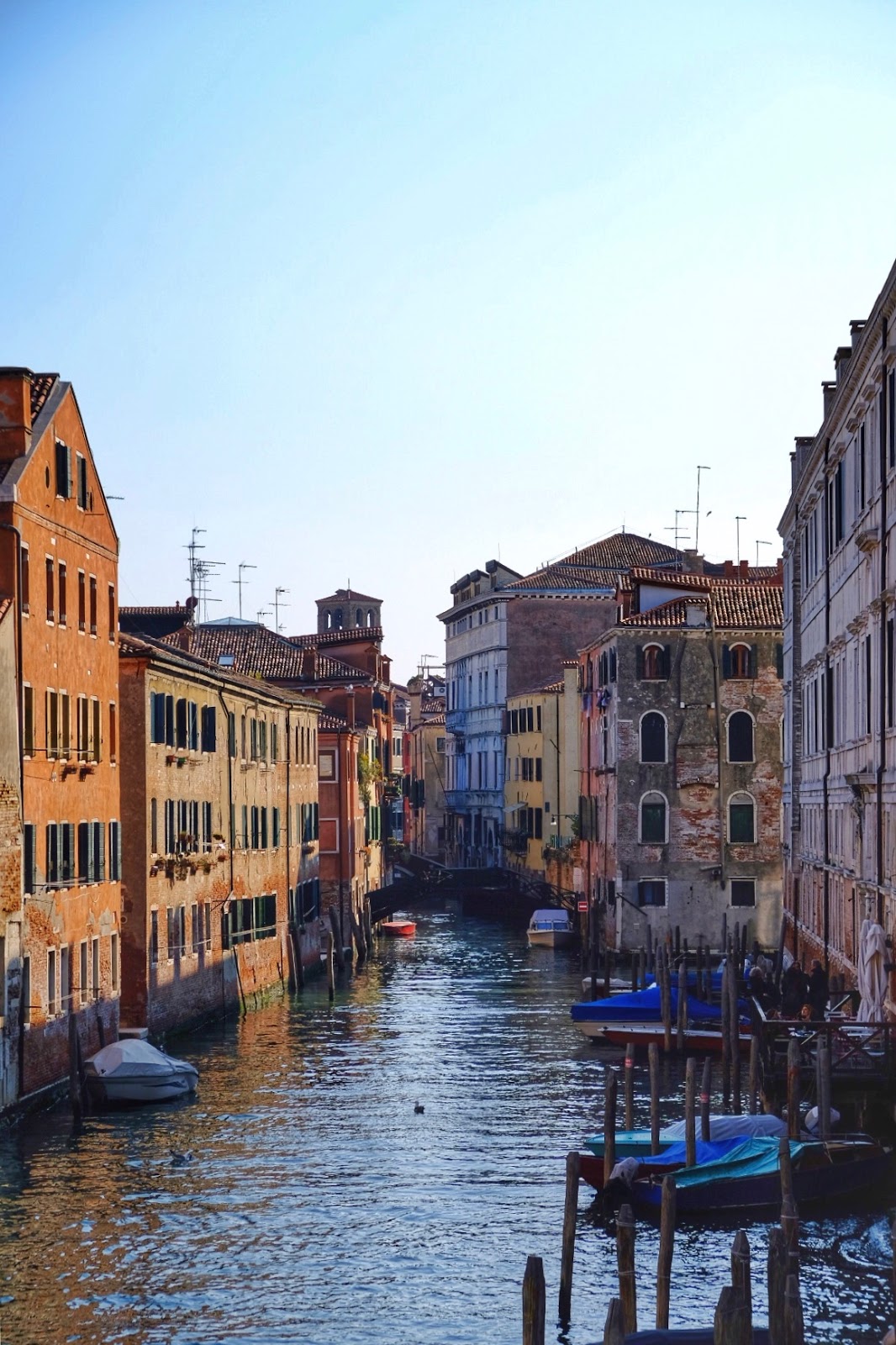 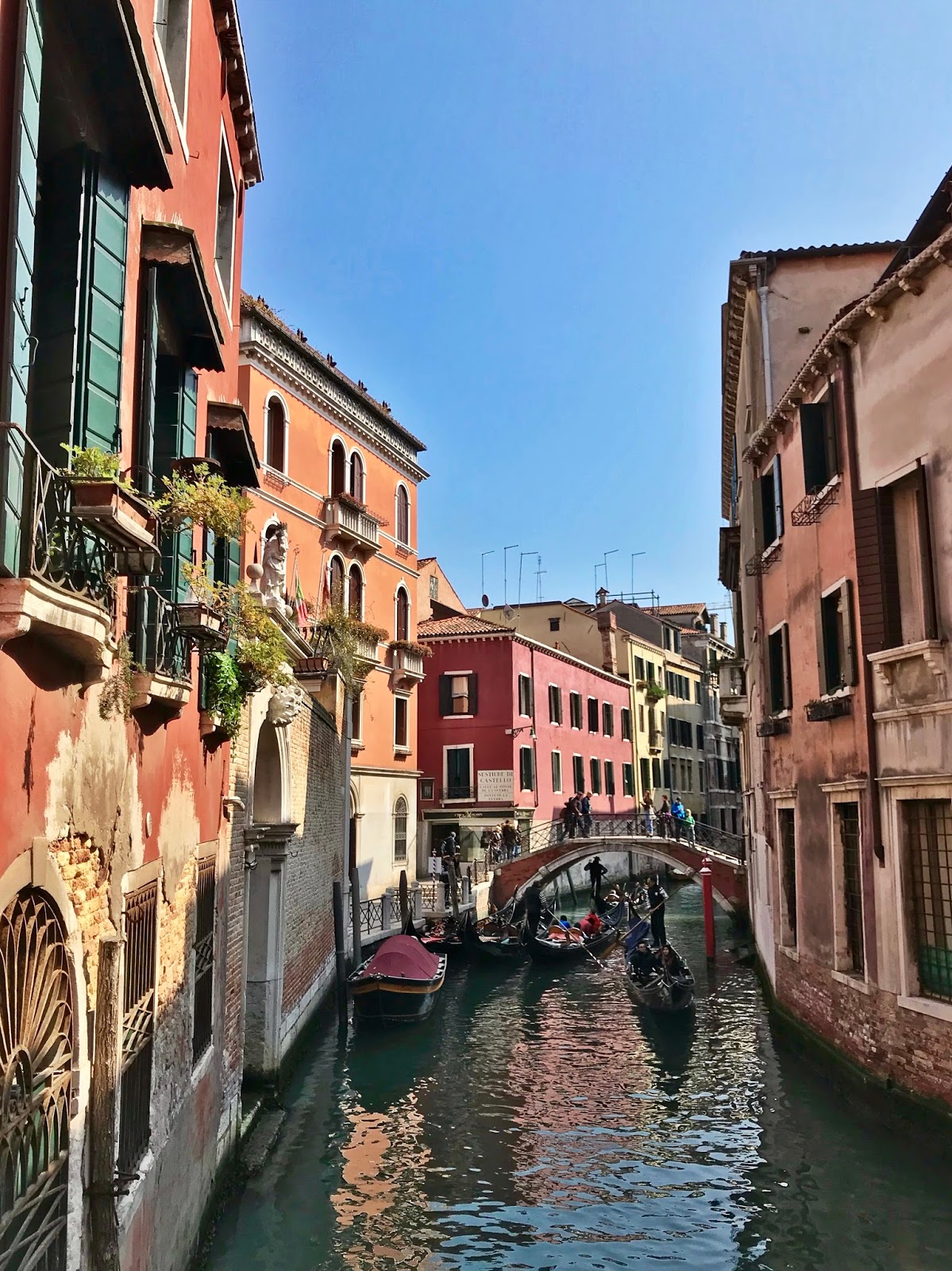 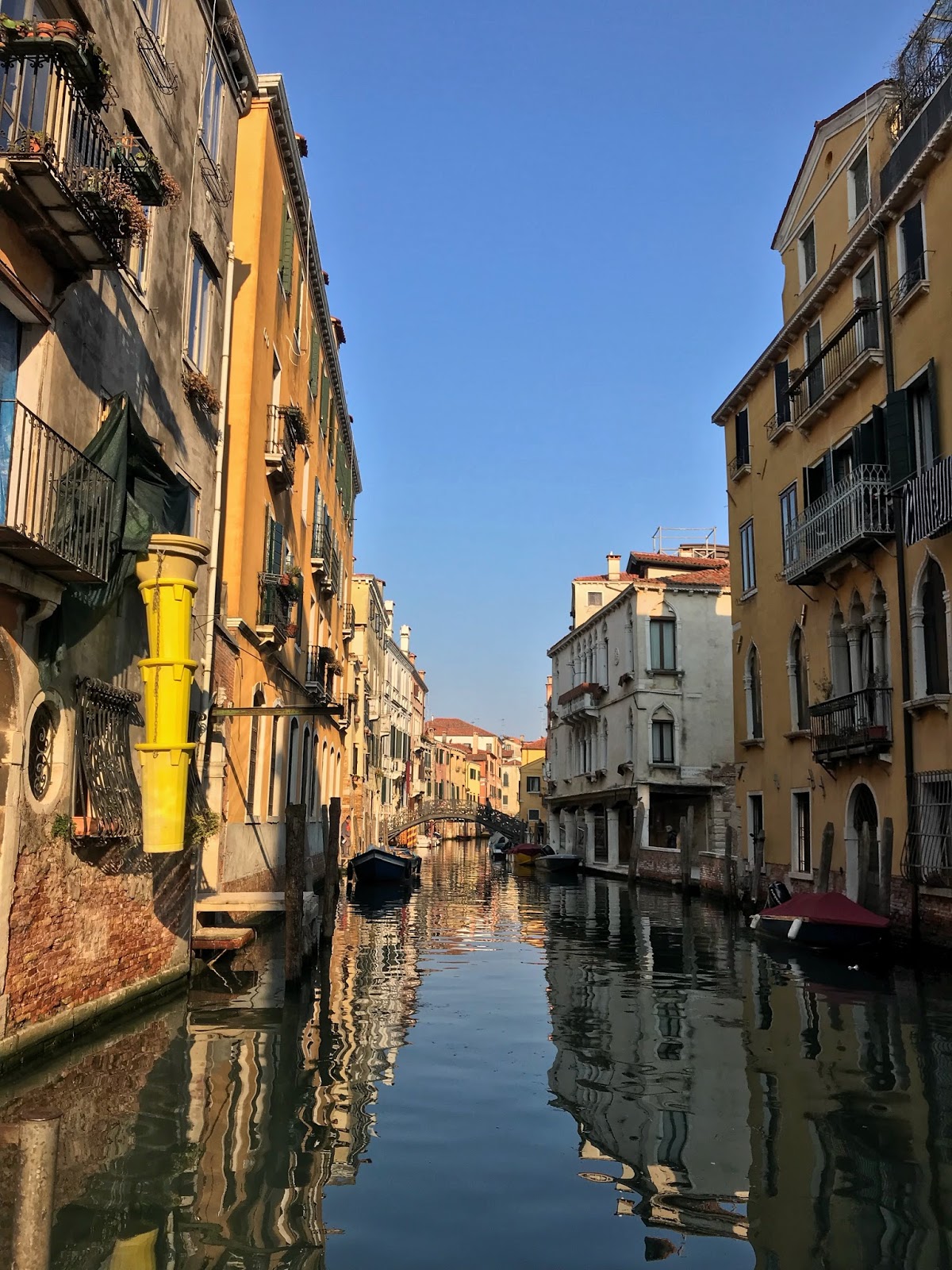 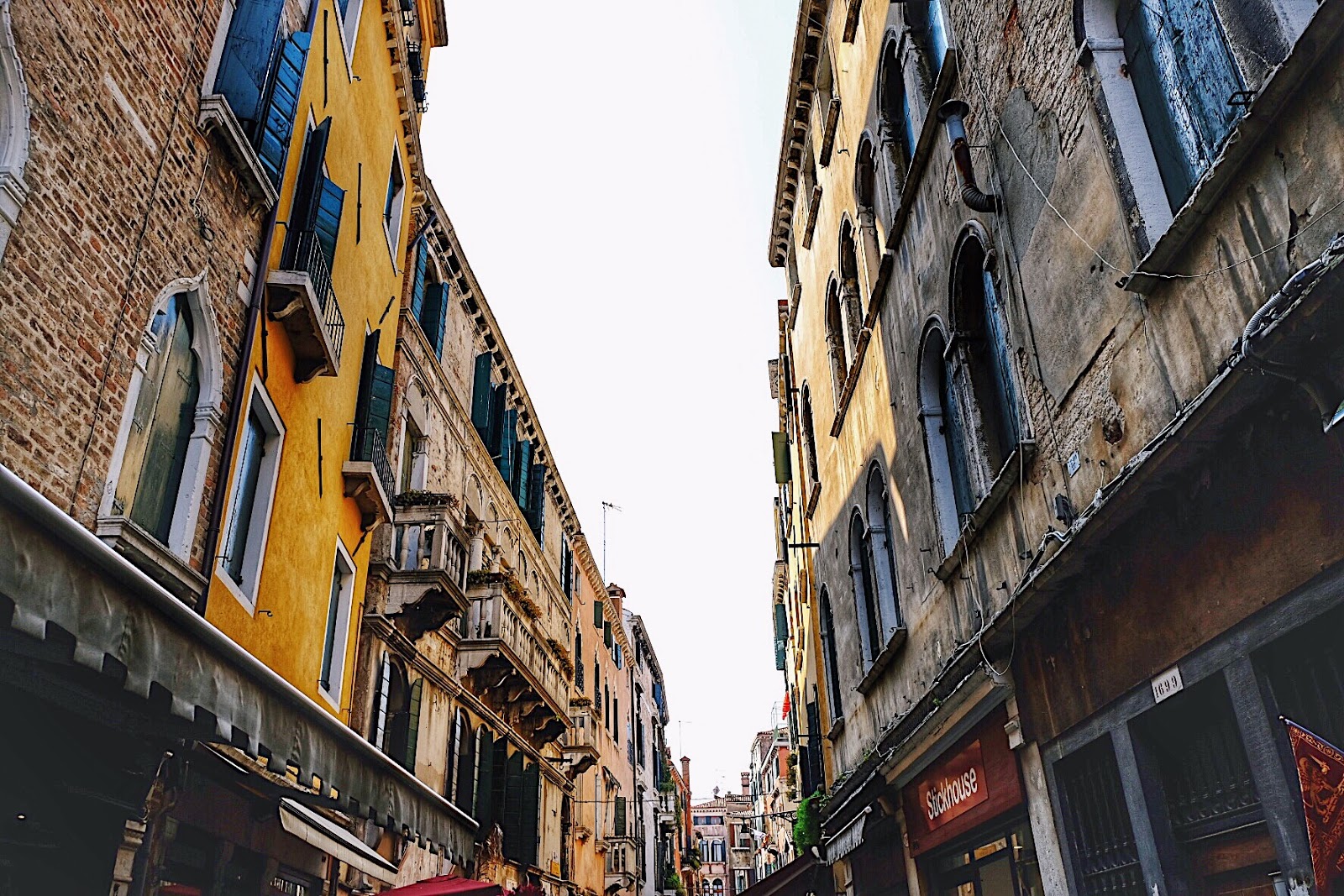 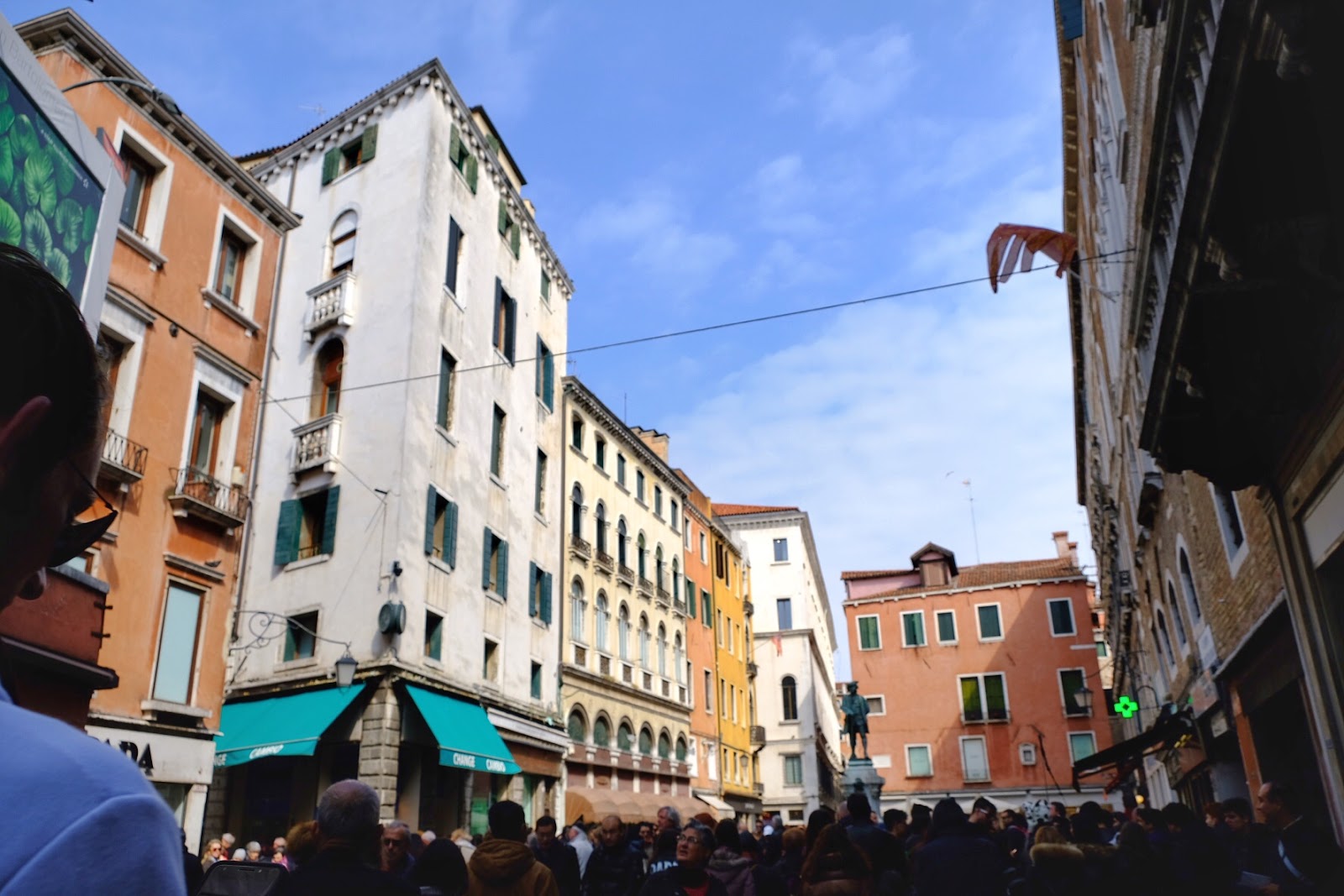 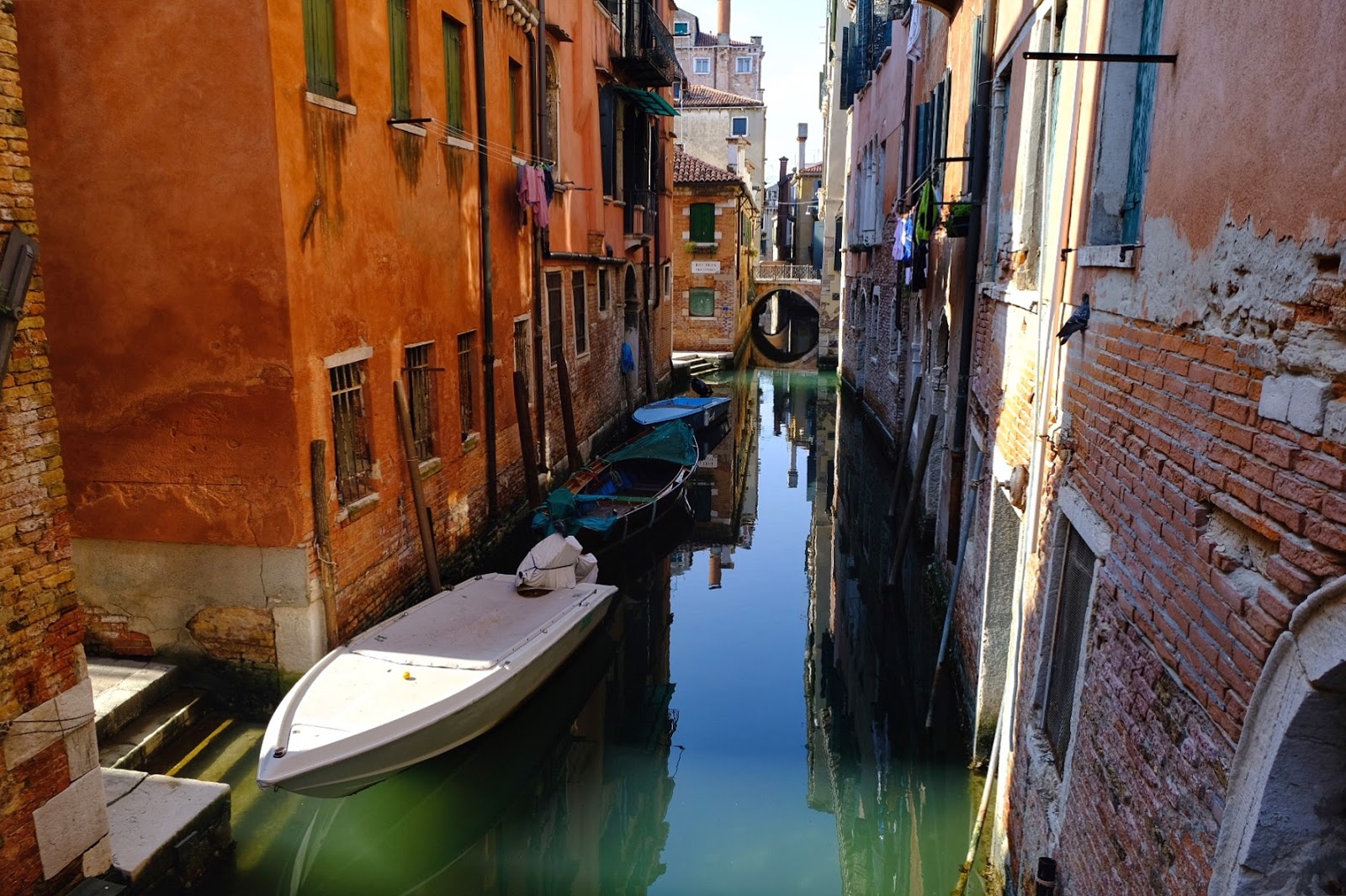 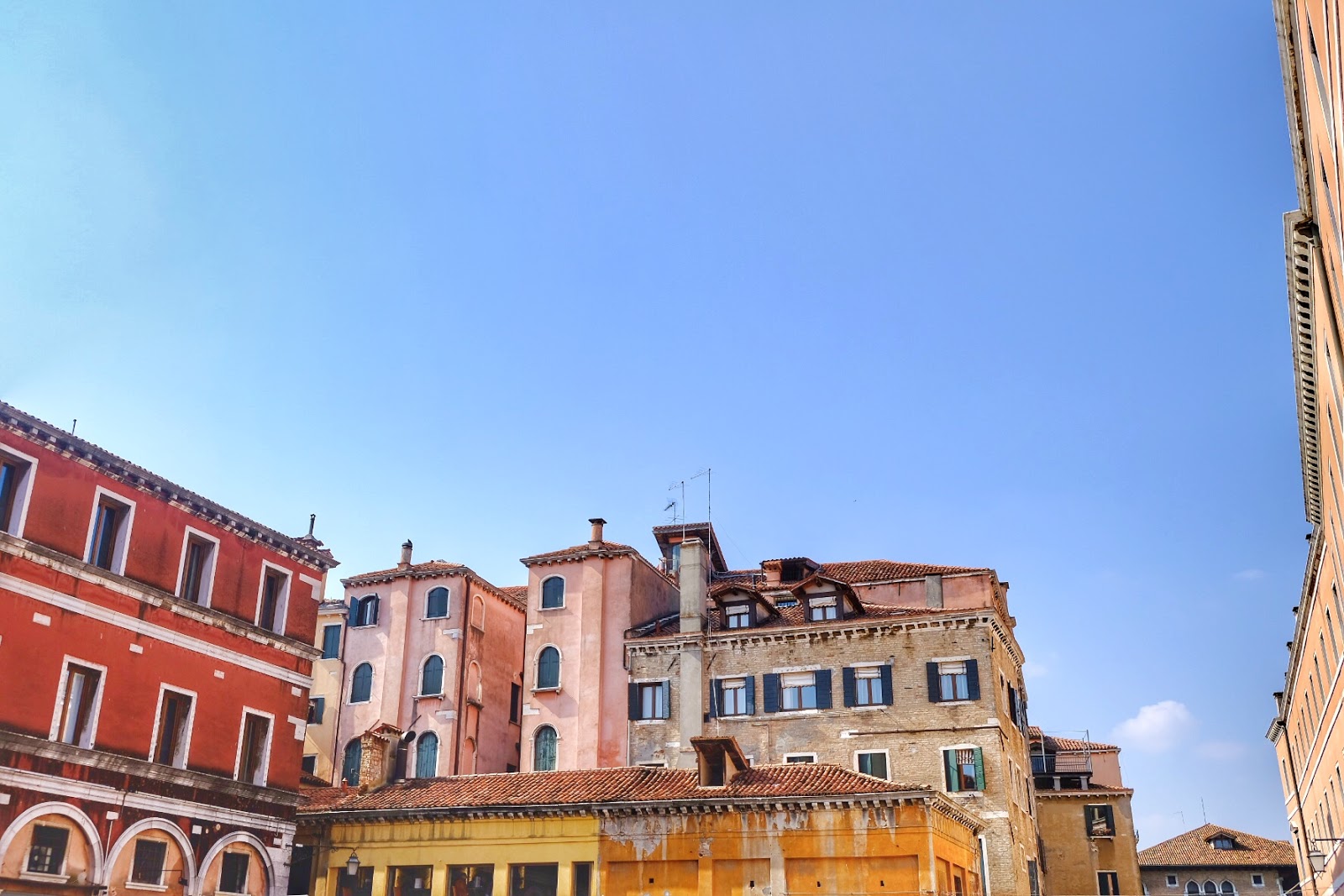 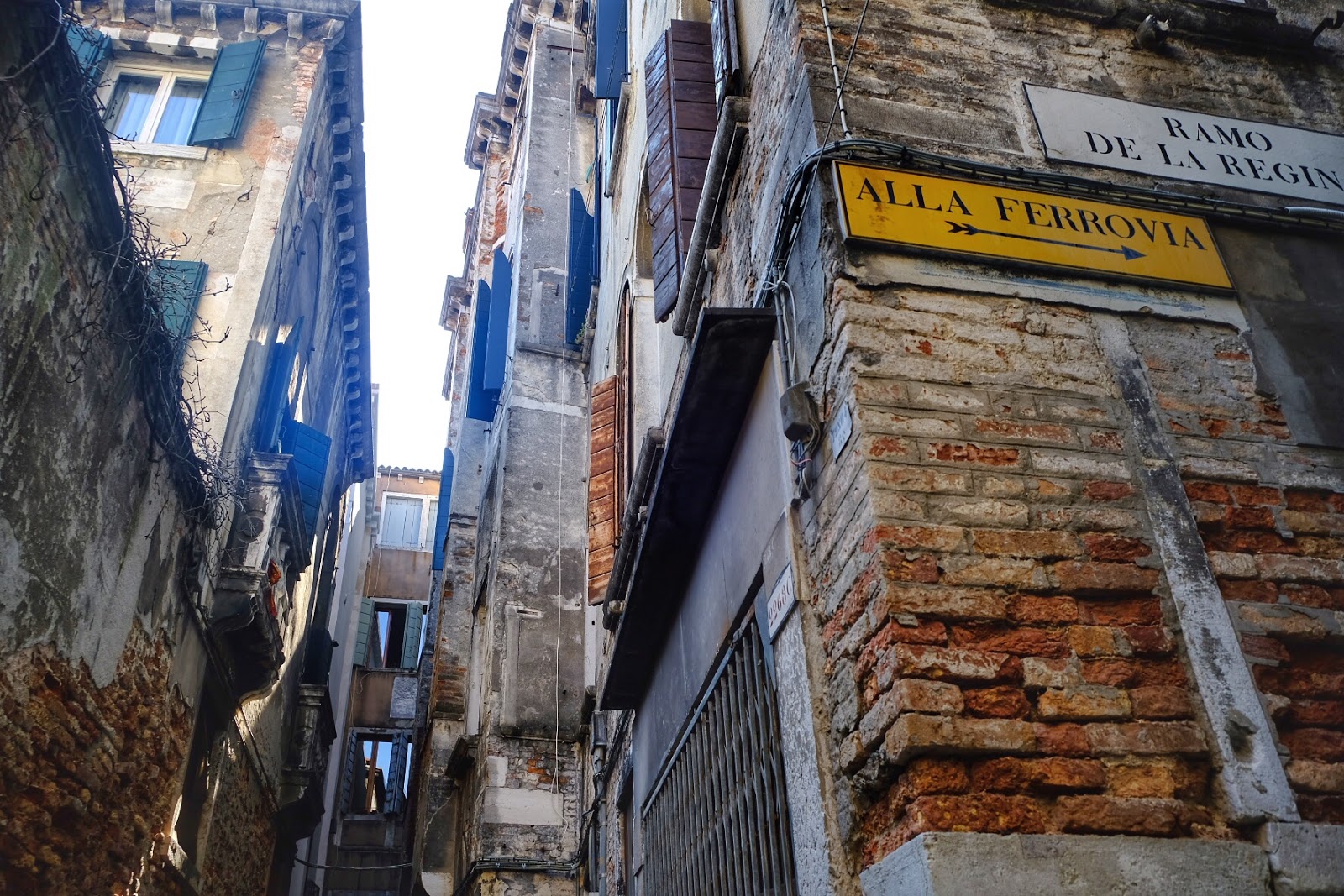 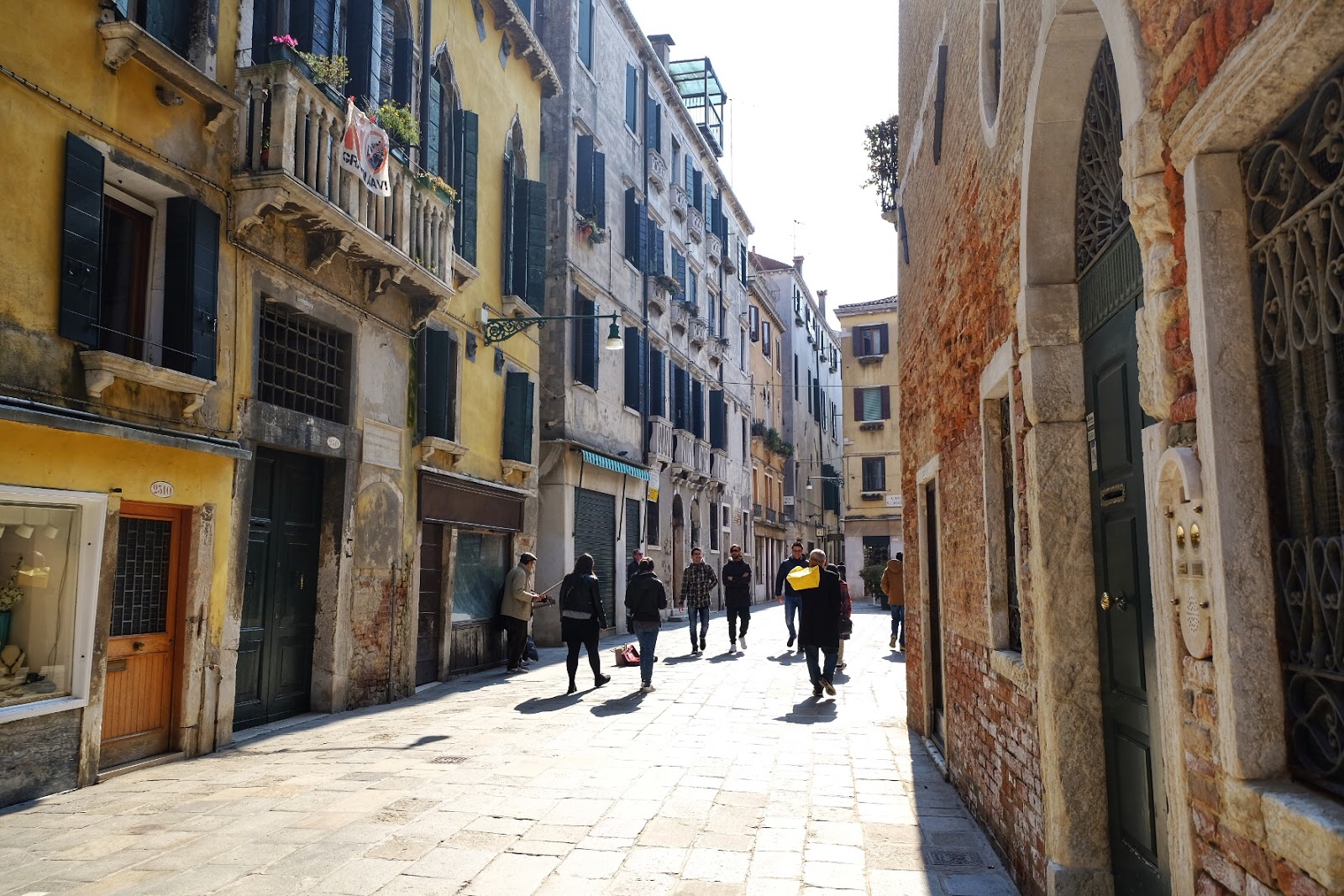