What a whirlwind month! I can't believe that September is almost over. Autumn has been nothing short of amazing so far despite the warm weather in Southern California. Hopefully things will cool down sooner than later. Crossing my fingers! In times like these, I wish I was back on the east coast. Seriously.

Last Thursday, I went to New York City for some R&R. Unlike my first visit in 2014, this one was much more relaxed and enjoyable. Being able to reunite with old friends, and meet new ones made spending time in the city so much more exciting and sentimental. 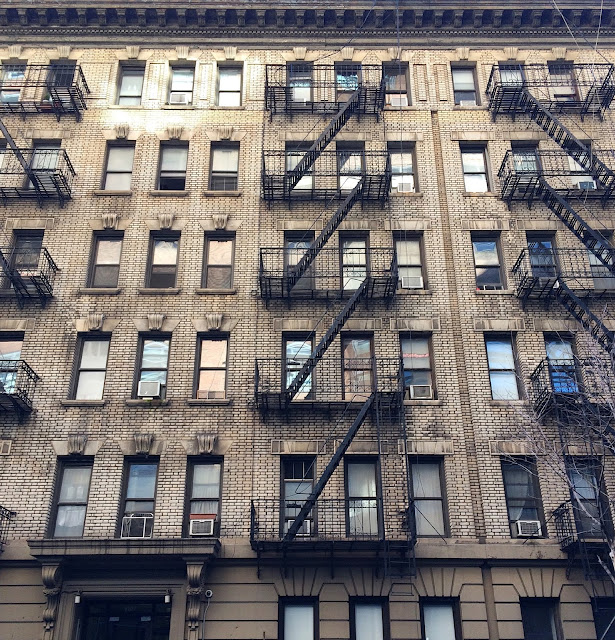 During my visit, I spent a lot of time in Brooklyn. The neighborhoods were more quiet and peaceful than Manhattan, which was a plus. I absolutely loved the blue door of our first apartment, which was cute and dainty. The lamp in the hallway with the vaulted ceiling was pretty magical too. Not to mention, I lucked out big time and had the most lovable roommates ever. Thank you for such an amazing time! 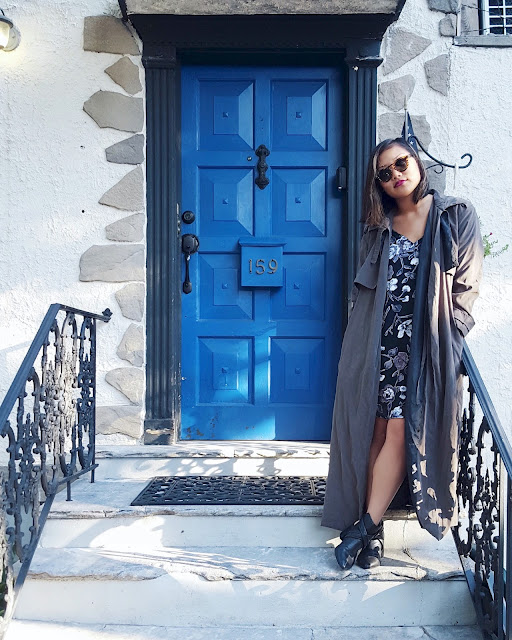 This particular day was tough. I was getting over an illness, and my sinuses were acting up big time. The pressure in my head was unreal. I couldn't sleep at all on the airplane, and I had hearing problems out of my left ear lasting for about half a day after landing.

On the bright side, I did arrive to New York in one piece and found the apartment...so yay for miracles!

On our first full day in the city, my new roommates and I decided to visit the World Trade Center Memorial and The Oculus. As I stood at the fountain with my hands resting on the engraved bronze plates of the 9/11 memorial, I couldn't help but get flashbacks of that tragic day. 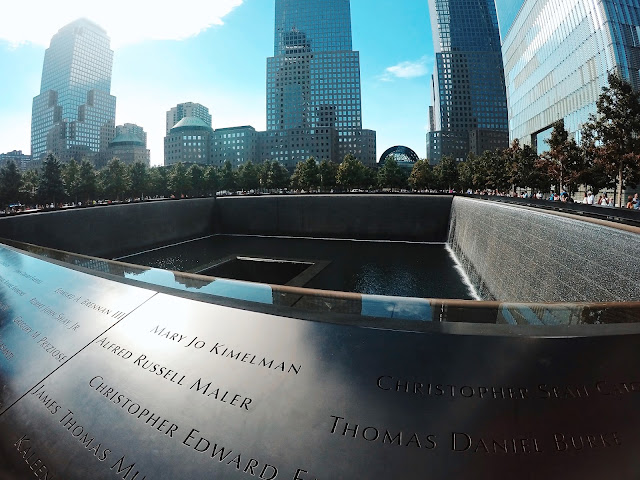 15 years later, it's crazy to see how drastically our world has changed since then. Those feelings of shock, fear, and sadness never really seem to go away. We still live in a world of heightened caution and constant fear of terrorism. It really breaks my heart that we all still live in fear. What we need is more love and peace, and less hate and violence. Let's make that our mission, shall we? 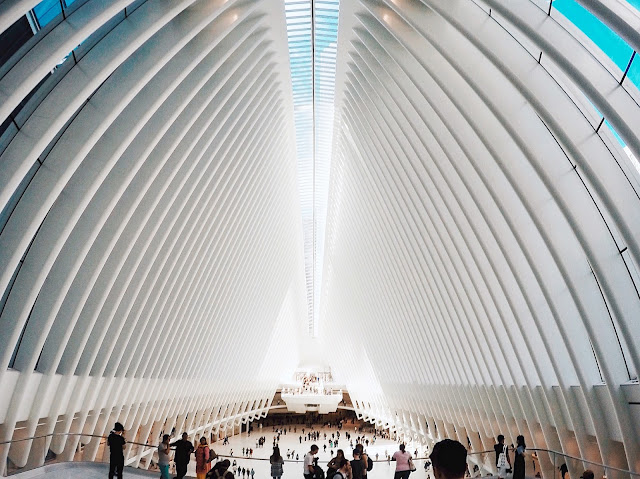 The Oculus was a gorgeous, white building, and the entire facility was so impressive. Upon initial impression, I assumed that it would be part of the 9/11 memorial. To my surprise, I learned that it was nonetheless a metro station/mall. A MALL!!! Yep, you're looking right at it. Why? Now that's something that I can't explain. 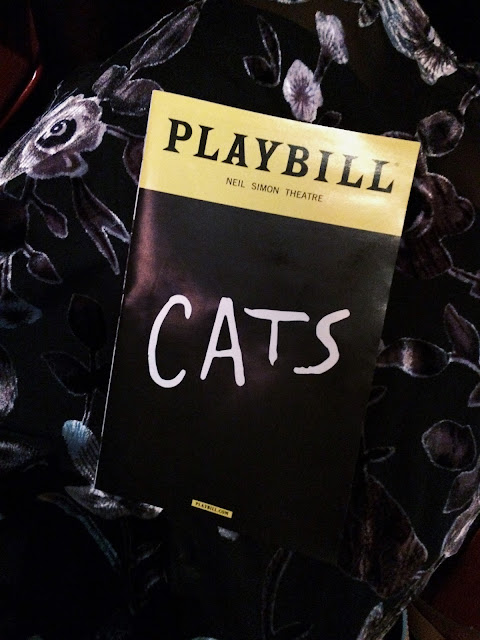 That evening, I got to spend some time with my sister. It's been a while since we've had to opportunity to hang out, and so I thought that it would be exciting to take her to go see the revival of the Broadway show, Cats. It was my first time going to see the show, and I was so excited that Leona Lewis would be playing the role of Grizabella. Spoiler: She absolutely nailed it.

The show itself was charming, although, I will mention that the intermission was a mess. The ushers were so disorganized! There were lots of unauthorized theater goers climbing on the opposite side of the stage without permission, which was appalling. Yeah, not fun...and shall I say, crazy?! Besides that, the show itself was wonderful.

DAY 3: REUNITED & IT FEELS SO GOOD

I was definitely looking forward to this day the most since I would be reconnecting with my friend, Katrina, who I haven't seen in over a year. It was a well-needed reunion indeed. We started out the day grabbing bagels and coffee at the ever so popular, Ess-A-Bagel, in Manhattan, followed by a private tour of the city. 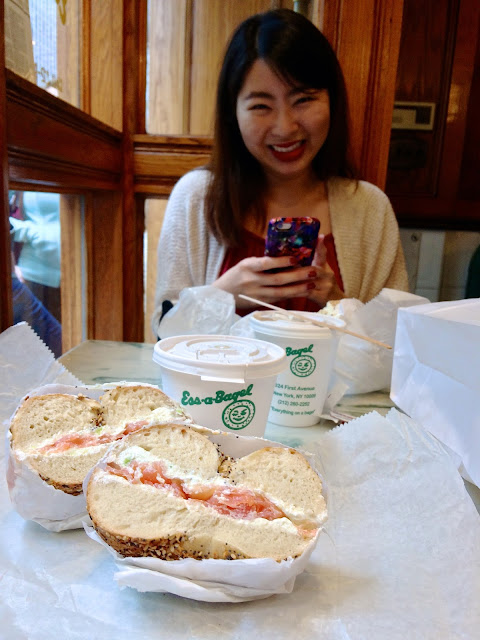 I absolutely loved exploring the city without an itinerary. From visiting Grand Central Terminal, to grabbing freshly made ice cream across from the Flat Iron building, to hanging out on the High Line, we would just randomly pick places to go. 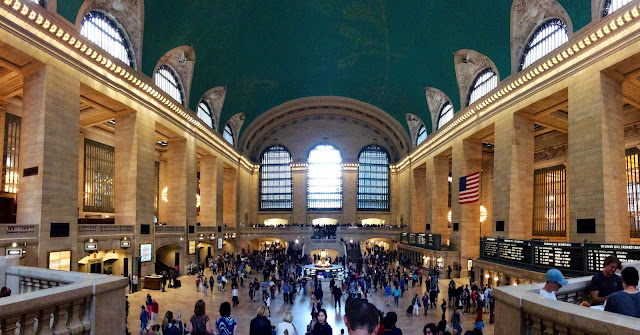 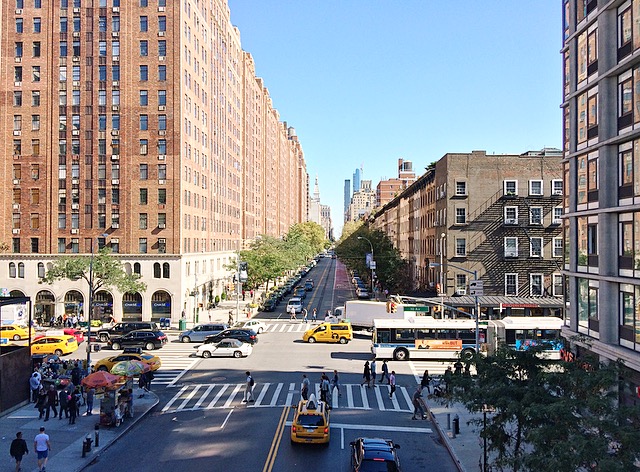 Exploring the city with a local felt so much more invigorating than going on a traditional city tour. It had so much more heart to it, because the experience was so much more authentic. Being able to hang out with an old friend definitely made the experience all the more memorable. Thanks Katrina for a delightful day! Please come back over to the west coast soon!

After spending another night in Brooklyn, my roommates and I decided to go the Metropolitan Museum of Art early in the morning. While the mummy exhibit was exciting, I was more intrigued by the Roman statues. Pictured below is one of my favorite rooms of the MET. 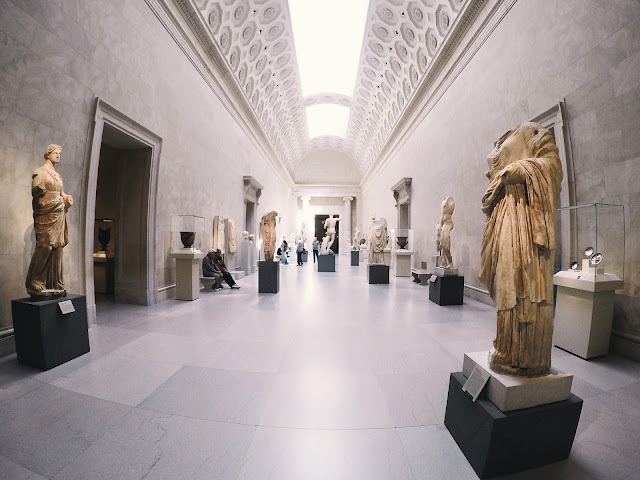 Following the museum, we all went to SoHo for some good eats and shopping. The custom Chobani yogurt cups were off of the charts, considering that I rarely eat yogurt. The combination of the yogurt and toppings were UNREAL. So very, very good. 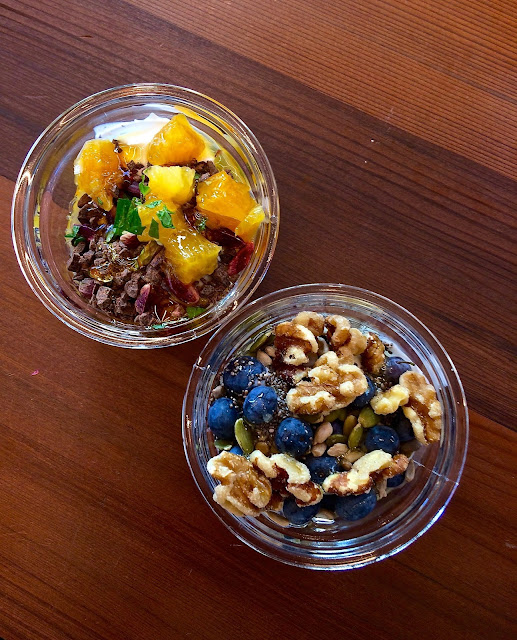 That evening, my friends and I stuffed our faces even more delicious food at John's Wife Frieda Restaurant. Their Vegetable Curry was delicious. It had the right about of spice and lots of sauce (seriously the best part of it all). The flavor was unreal. No pics of the food to share though. Sorry!

To top off the night, we went to my favorite ice cream place in New York, Momofuku Milk Bar. I seriously love it more than gelato, and that's saying a lot! It's pretty much ice cream that tastes like cereal with milk. Seriously don't knock it until you try it. BUT REALLY THOUGH. It was the ultimate highlight of my night. 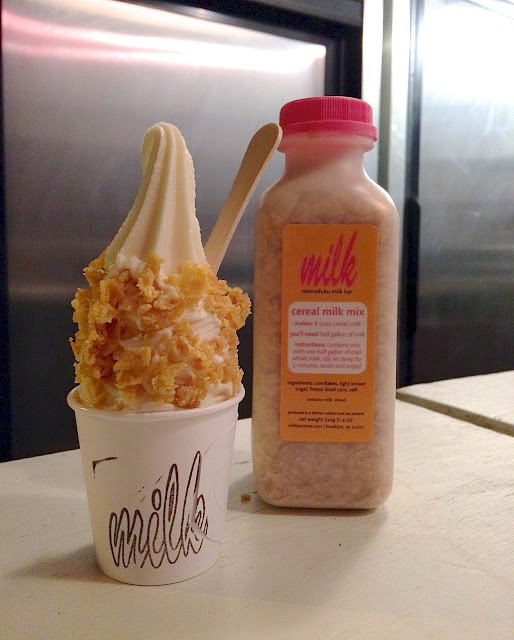 This was the saddest day of the week. I had a newfound camaraderie with my roommates and the most magical experiences exploring the city. It was hard to imagine that the trip was quickly coming to a close.

On this particular morning, my roommates and I stopped by a friend's house to hang out for a bit. It was so refreshing to be able to sit around the living room and just to be able to just talk. I feel like we all live in such a fast-paced world nowadays (and get caught up with physically having to go out to hangout) that we forget that hanging out can simply mean just that. Sitting around at home and just literally hanging out. I had a lot of fun hearing everybody's stories and just relaxing in the living room. 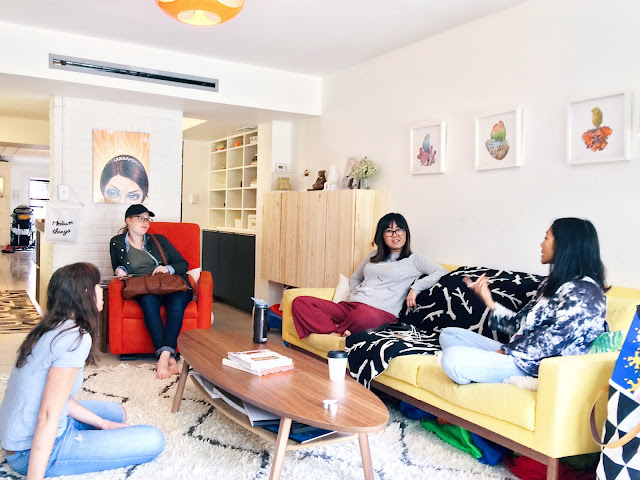 Around noon, we ladies sat down for our final lunch as a group at local restaurant, Hugo & Sons. It was the perfect ending to a magnificent trip. Good food, good conversation, and great laughs. 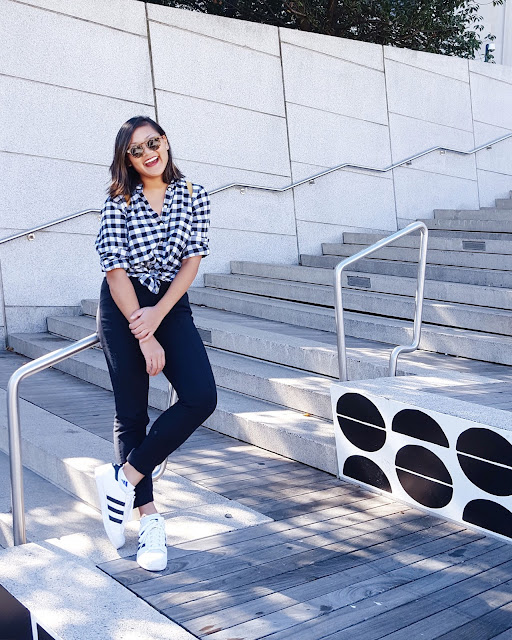 Overall, I am extremely grateful for all of the people that I've met on this trip, and the newfound friendships that I have gained. These women have made this trip so memorable, and have enriched my life with all of these amazing conversations and experiences. I hope to be able to return to the city again one day, and reunite with you all. Please come and visit all of us on the west coast!

For anyone who is reading this, thank you for taking the time to stop by and read my blog. I really appreciate it from the bottom of my heart. I hope that you all will take the time to go out and explore the world as well. Traveling is such an amazing learning experience, and I highly encourage all of you to do it if you can.

If you have any questions, or have any suggestions as to where I should travel next, please feel free to leave a comment below, or tweet me via @Tran_gerine. I love suggestions! For my day-to-day shenanigans, you can connect with me on Instagram via @Tran_gerine. Until next time, happy traveling!